Members of the Albert Lea school board held a special meeting Monday night at Brookside Education Center to elect new board officers and committee representatives.

Neal Skaar was elected as the new board chairman, edging out Kim Nelson in a 4-3 vote. Nelson was then elected vice-chairwoman, beating out Jill Marin. 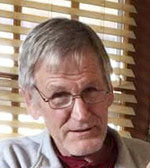 Dave Klatt was elected clerk over Angie Hoffman in a 5-2 vote, while Dennis Dieser was unchallenged for treasurer.

Bruce Olson, Marin and Hoffman were then elected as directors.

Skaar will serve the district as representative for 1AA and Minnesota State High School League, while Dieser will be his fill-in should Skaar not be able to attend a meeting.

Dieser and Hoffman will be district representatives for Schools for Equity in Education.

Olson and Nelson will serve on the Teacher of the Year committee, while Nelson and Dieser will represent the district on the Albert Lea-Freeborn County Chamber of Commerce Business Education committee.

Klatt and Skarr will serve as representatives for the Austin-Albert Lea Special Education Cooperative, while Olson will remain on the committee to re-evaluate materials for the media centers.

In other business, members approved a meeting schedule for the 2022-23 school year.

Superintendent Mike Funk and Executive Director of Finance and Operations Jennifer Walsh were authorized  to lease, purchase and contract for goods and services within the board-approved budget.

Members designated Walsh to serve as deputy board treasurer and named Ashley Mattson deputy board clerk. Both of those duties are pursuant to Minnesota statutes governing municipal contracting.

Members also designated the Albert Lea Tribune the official newspaper of the district.