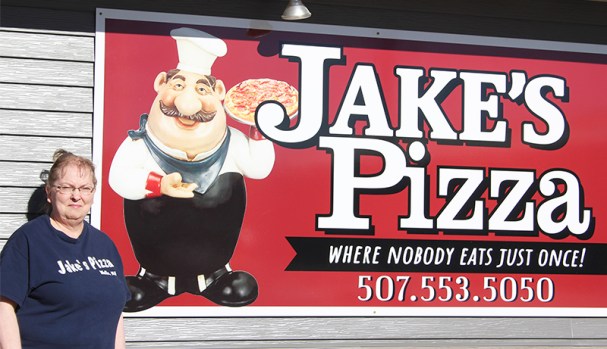 Dawn Navara, owner of Jake’s Pizza in Wells, stands next to the store’s new location at 27 Second St. NE. The restaurant recently re-opened after being closed for 10 months following a roof collapse. Alex Guerrero/Albert Lea Tribune 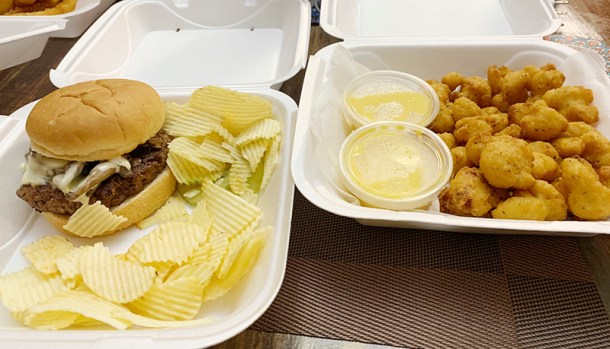 In addition to pizza, Jake's Pizza also has several other items on the menu. Provided 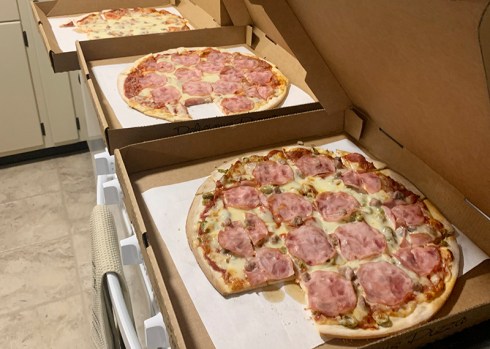 Jake's Pizza has been a mainstay in Wells for 45 years. Provided

Such was the case for Dawn Navara, owner of Jake’s Pizza in Wells, after the roof collapsed at the restaurant’s old location.

“It happened to be Feb. 24 of last year, and I came in at 4 a.m. because we were going to have turkey specials that day, our third Wednesday of the month,” she said. “I walked in to the front, and I was one table away when the roof started to cave-in.”

The collapse sent her to the hospital in need of surgery, and Jake’s was closed for 10 months. But that changed recently when the restaurant opened its new location, 27 Second St. NE, on Dec. 18.

“This town and the surrounding towns are awesome people,” she said. “… They really want to support, and they have supported us through this whole thing.”

And while the new location isn’t as big as the old one, there was one bright spot in getting a new place: a bigger kitchen and storage area.

According to Navara, the trick to good pizza is in the sauce.

“The sauce ingredients that we get come from northern Minnesota way up into the Lake of the Woods area,” she said.

For her, a typical day starts at 7 or 8 a.m., meeting the trucks who bring ingredients, including French fries, onion rings and everything else they need to cook with. The hamburger meat, however, comes from Wells.

She and her team then prepare for the night rush.

“So, like, pizza stuff we make sure we have enough mushrooms, green olives and black olives, everything drained and it’s all in individual containers so we can just swap them out so we don’t have to sit and open up a can each time we need one,” she said.

Navara first got into the pizza business after she graduated in 1977.

“I thought if they ever sold Jake’s in the future I would buy it,” she said.

But pizza wasn’t simply her passion. It was a family affair.

“My daughter … who works for me now, worked through school and kept working there,” she said. “Then I started to work for Joyce and Denny O’Rourke.”

But then they sold it to Greg Moen, and she worked for him as a night manager.

Jake’s Pizza in Wells is open from 5 to 8 p.m. Sunday through Thursday and 5 to 9 p.m. Friday and Saturday, but she’s hopeful to change those hours once COVID becomes more manageable.

“It’s taking people a long time to come back into a restaurant, and I think that’s all over,” she said.

But on the bright side, delivery and carry-out has grown.

“It actually took a long time for people to even start to order at all,” she said. “People really stayed home a lot.”