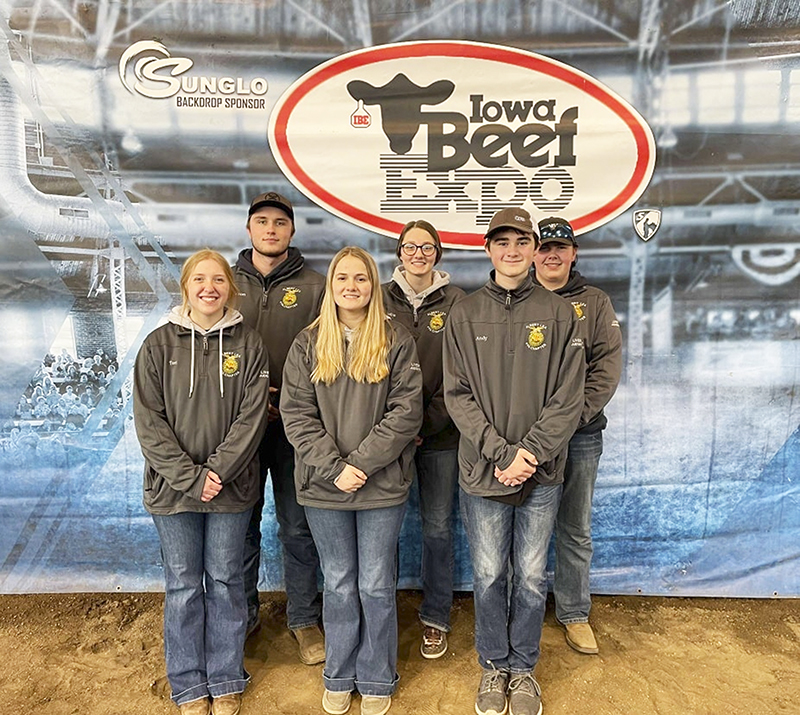 If you didn’t know, this week is FFA Week.

FFA, which has been in Albert Lea since the 1930s, is an organization that works with children interested in leadership positions through agriculture.

“I hope that the kids will be able to just show off what we have going on in Albert Lea,” said Christina Ebeling, FFA adviser and agriculture teacher at Albert Lea High School.

During FFA Week — which is always the week of President’s Day — local students will have a teacher appreciation breakfast Thursday morning, where FFA members will make eggs, pancakes and sausages and serve them to teachers at the school.

Members have been interviewing alumni and will post those interviews on their social media page.

There will be officer interviews throughout the week where members will interview each other and talk about their individual projects.

“We have an officer team that works hard throughout the year, and so we are just recognizing who our officers are with a short interview … as they come to the end of their year of service,” Ebeling said. “Just a recognition of them and the hard work that they do.”

There will also be an “Ag Fact of the Day” at the high school during daily announcements.

But even though next week is FFA Week, Ebeling and her students have been busy.

“We’ve participated in a lot of different events,” she said, noting each month they have different career development events.

Earlier this year they participated in livestock judging, where the team took second in the region. Their placing meant that they qualified as a team for the state convention in April.

Ebeling has also had students participate in a horse career development event, in a fall leadership event and in a small animal care contest.

“That’s kind of geared towards vet science, small animals though,” she said.

There are also students in the club interested in agricultural mechanics and crop contests, though those contests won’t happen until March.

Last week, six members of the FFA team traveled to the Iowa Beef Expo in Des Moines, where they judged 10 classes of cattle.

The livestock judging team qualified for the state convention and will compete in the Twin Cities at the end of April. There will be a banquet in May, though an official date has not been determined.

Ebeling said there are roughly 40 current members at the high school.

“Kids who participate in FFA get a variety of skills that they can learn and carry on throughout life,” she said. Students, FFA members specifically, will work on their leadership skills, they’ll work on planning and organizing and getting involved and meeting others throughout our chapter, throughout our school, throughout our community as well as our region and state levels.”

Ebeling herself was a member of the Albert Lea FFA program.