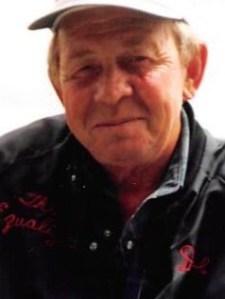 David was born on July 7, 1941, in Lake Mills, IA to Earl and Thelma (Hagen) Swanson. He attended school in Lake Mills until the 11th grade. After school, he worked various jobs, but mainly worked as a mechanic. On October 27, 1984, he married Joyce Fisher, an the two blended their families together.

David was an outdoorsy person who loved to hunt, fish, and go on 4-wheeling adventures with Joyce. He loved animals, and over the years had many wildlife pets, such as a fox, baby squirrels, a skunk, and many cats. He enjoyed fixing things, like appliances and cars, and restoring things such as old motors, tractors, and guns. He was a good husband and a hard worker. He spent years working for Vandergrift, putting snowmobiles together straight out of the box, and raced snowmobiles as well.

He was preceded in death by his parents; his son, Danny Swanson; and his step son-in-law, Doug Schroeder.

A memorial service will be held at 2:00 p.m. on Friday, February 18, 2022, at Bonnerup Funeral Service with Pastor Kent Otterman officiating. A time for visiting will take place one hour prior to services. Interment will take place at a later date. A luncheon will follow the service.