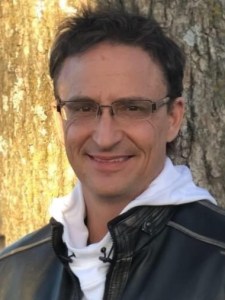 David grew up in Wells, MN, and attended Wells-Easton High School. He spent his childhood with family and friends — making memories on family vacations to the Black Hills every year, enjoying holidays with a packed house full of cousins to make messes with, and running around the block with the “neighbor kids” until the sun went down. He played high school baseball, and he loved doing basketball trick shots with his friends in his grandpa’s bus barn after school. He enjoyed going on hunting trips with his grandpa and grandma Culbertson, and he loved visiting Lake Shetek State Park and places like the North Shore with his grandma and grandpa Paal. Every year he looked forward to staying at their house for the holidays and was always spoiled by his grandma Paal.

As he got older, he loved driving cars a little too fast and playing his music a little too loud. He was like most big brothers and protected his little sister the best he could, something he continued for the rest of his life. The two siblings argued as children, but as they grew older, they became best friends and talked every day until the day that he passed.

David’s life truly began on March 4, 2001. This was the day that his son, and his entire world, Cody, was born. David and Cody were the best of friends since day one — they played video games together, went to countless movies, attended car and airplane shows, watched NASCAR races, fished, played baseball, basketball, and football together, and were always on the chase for the perfect storm or sunset photo. The two were attached at the hip when they were together, and David made sure that everyone knew that Cody was the absolute pride and joy of his life.

David lived in Minnesota Lake, MN, and worked maintenance for the Maple River School District. Through this job, he made lasting friendships that he cherished immensely. He loved his son and family and made sure to take any chance he could to spend time with them. David held a special bond with his parents; he made sure that his parents were visited by him every day, and he was always there to help them with whatever they needed. Holidays with family were one of his favorite times of the year. He was always the one to line up the family to take photos — photos that his family is so grateful to have now. He loved NASCAR, baseball (especially the Minnesota Twins), cars and car shows, and keeping up with all the best movies coming out.

Anyone who knew David knew that his favorite hobby of all was photography. He was never seen without his phone or camera, ready to take a photo. He chased storms in dangerous weather, hunted for sunsets on summer evenings, and traveled to new places around his area to find the next hidden gem in nature. He had an eye for beauty that most would have to attend a photography school for, but his was natural. His talent was loved by so many — he was known locally for his works. His photography had thousands of shares at times and was often shared by meteorologist, Mark Tarello. He was also awarded many honors through the “Minnesota Through the Lens” photography group. David’s photography brought joy to so many people and will be a lasting legacy of him for years to come.

If there was something that David is most remembered for, it was his love for people and love for God. He was known as a kind, loving, and caring man that would help anyone with anything. He would go out of his way to smile at someone, and every conversation he had with someone was meaningful (and usually filled with laughs and jokes.) David lived a life that embodied simplicity and love over anything that could ever be bought. David was vocal about Jesus being his Savior, and he loved and trusted God with his whole heart. If you knew David, there is now a piece of you that is broken — that is the kind of man David was, and he will be so greatly missed by many.