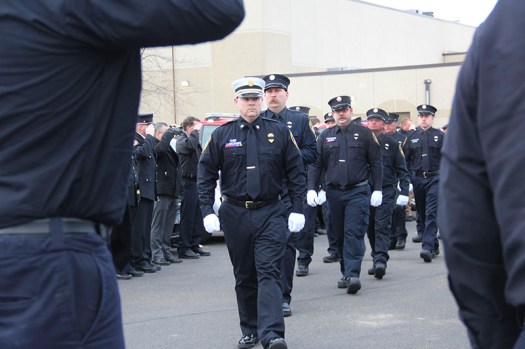 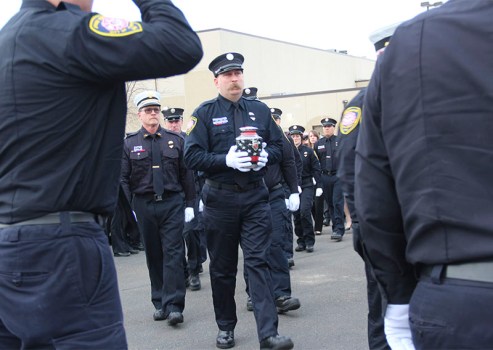 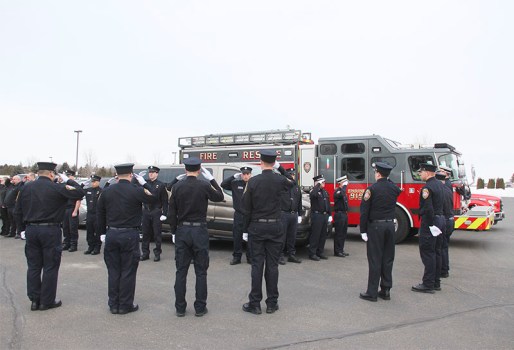 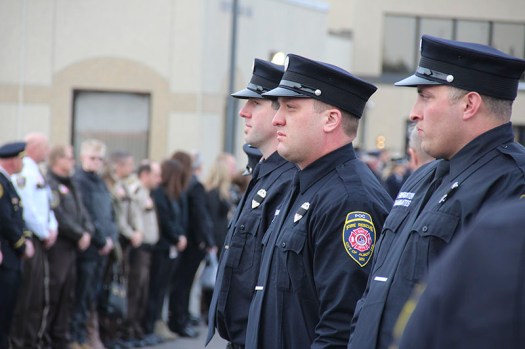 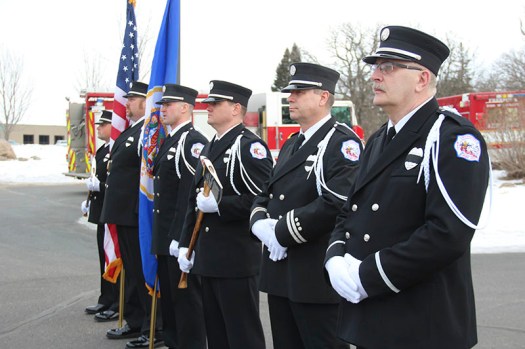 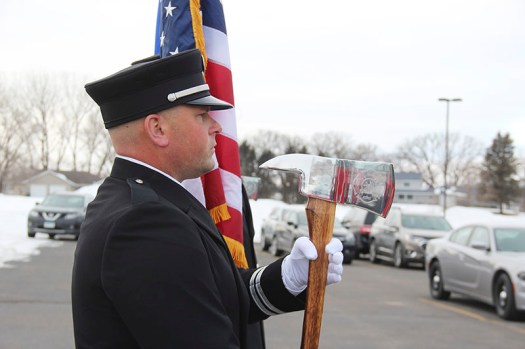 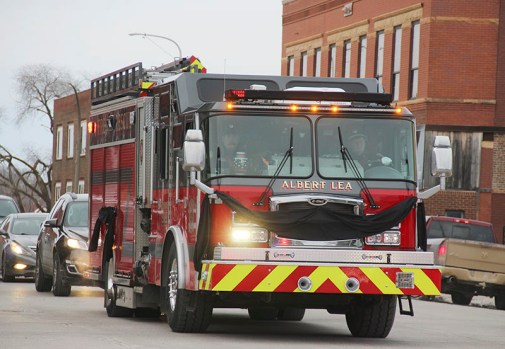 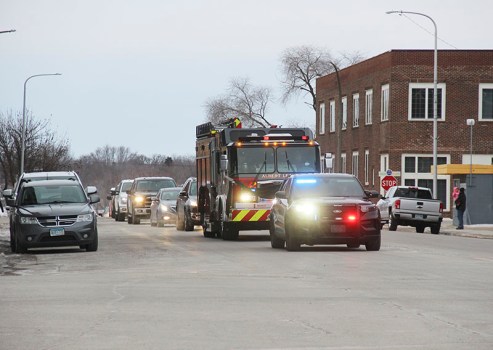 A processional following the funeral for Albert Lea FIre Rescue Lt. Brett Boss comes down Newton Avenue Saturday afternoon. The processional included family of Boss, along with fire departments from all over the state, law enforcement and other first responders. Sarah Stultz/Albert Lea Tribune 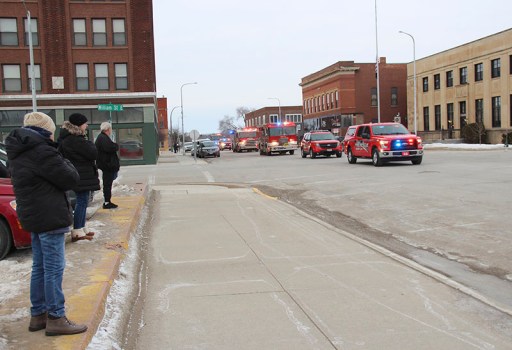 Several people could be seen along the route of the processional despite the cold temperatures. Sarah Stultz/Albert Lea Tribune 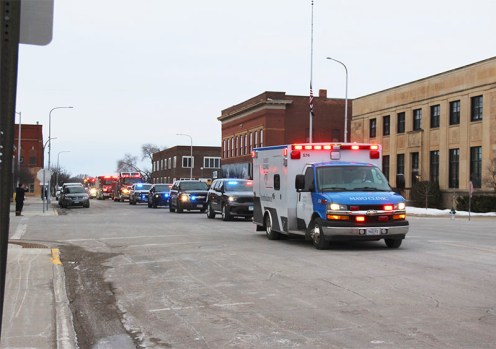 In addition to fire departments, there were other first responders in the processional, including law enforcement officers and ambulance crews. Sarah Stultz/Albert Lea Tribune

Family, friends, community members and firefighters from across the state paid tribute Saturday to an Albert Lea hero who lost his battle with cancer Feb. 5.

Speakers at the funeral for Albert Lea Fire Rescue Lt. Brett Boss said he will forever be remembered, not only for his dedication to the firefighting industry but also for the love he had for his family.

“He ushered in a new age for fire service safety and cancer prevention,” said Albert Lea Deputy Fire Chief Jeff Laskowske in the funeral at Crossroads Church. “His work will save countless other lives.”

Laskowske said he was honored to work with Boss, who loved the fire service and started early as a fire explorer before being hired on full-time. He said Boss’s drive and passion were unmatched and that after Boss’s cancer diagnosis, that drive and passion were seen in all of his work for a cancer registry and in his push for cancer prevention.

Boss was diagnosed with Stage 4 Ewing’s sarcoma in December 2014, a bone cancer that typically affects children and adolescents and rarely occurs in adults over 30. He successfully fought cancer and had no evidence of the disease in November 2015; however, in the fall of 2020, his cancer had come back with spots on the lung that required surgery and chemotherapy treatments. The cancer returned in the summer of 2021, this time in his brain. While his brain surgery was successful, doctors ultimately found more spots of cancer on his left side by his heart and in the lymph nodes this past fall.

Jeff Phelps, Boss’s pastor, said Boss fought for Ewing’s sarcoma to be added to the list of presumptive cancers for firefighters so his family would be taken care of. This list has cancers that are presumed to be related to a firefighter’s work and would make the firefighter eligible to apply for benefits.

Though the cancer has not yet been approved for the list, the National Fallen Firefighters Foundation has classified Boss’s death as a line of duty death.

District 27A Rep. Peggy Bennett said she got to know Boss in his role as a firefighter advocate but said he became a good friend over the years as well.

She said he was a deep-thinking, caring man who was relentless and persistent in his love for firefighting and in his desire to make it safe for his fellow firefighters. She was inspired by his never-give-up attitude and his love for people.

Boss advocated for funding for supplies to help firefighters be protected against cancer-causing agents while fighting fires.

Research has shown that firefighters have a higher chance than the general population of developing cancer because of exposure to substances such as asbestos, lead and gases and fumes when responding to calls.

He also lobbied to create a national firefighter registry that would monitor and study the relationship between career-long exposure to dangerous fumes and toxins and the incidence of cancer in firefighters, along with the Minnesota Hometown Heroes Assistance Program for firefighters fighting cancer, heart disease and mental health concerns.

“Brett made an everlasting impact on everyone he met, including me,” Bennett said. “I will never forget his gentle smile, his friendly nature, and his incredible strong inner spirit.”

Laskowske said beyond the love Boss had for the fire service, he loved his family the most, and he was grateful for the support they gave him to support his dreams.

He and his wife, Danielle, had two children, Jaelyn and Aiden.

Phelps encouraged people to support Boss’s family, particularly financially, and said the fire department has set up a GoFundMe page to accept donations. As of Sunday morning it had raised $10,670.

Phelps also encouraged people to lay down their burdens for the Lord and to prepare themselves to meet God, as no one knows when their time may come. He said though situations like this can shake anyone’s faith, it’s important to remember that the Lord is always there to help people through life’s challenges.

The service included many elements of a traditional line of duty death, including a bell ceremony symbolizing a firefighter’s sacrifice and that they have completed their duties and are returning home. It also included a last call on the radio system, followed by an emergency vehicle procession after the service.

Leaders of the Albert Lea fire department presented an American flag and Boss’s firefighter helmet his wife and children.