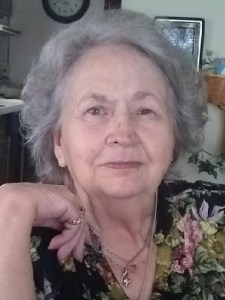 Gloria was born on September 5, 1947, in Albert Lea, Minnesota to Lumen and Margaret Overland. She grew up in Twin Lakes, Minnesota and attended a one room country schoolhouse when she was five. Although the school she attended didn’t have a Kindergarten class, Gloria was an early achiever. She went onto Southwest Junior High and later graduated from Albert Lea High School. Her first job following graduation was working with Dr. Paul as a podiatry assistant.

Gloria was wed to Wayne and later became a stay-at-home-mom and homemaker when their first child was born. Gloria enjoyed beginning her day with the neighborhood coffee club.

Gloria had many business adventures throughout her life with her husband including, Adams Auto Repair, Frames-R-Us, the Music Center, Wayne’s World Video Store and Courtyard Pizza. Gloria and Wayne enjoyed their retirement years as snowbirds in Barefoot Bay, Florida. Their time was spent relaxing at the beach, gambling, and participating in a craft group. Gloria always enjoyed a morning chat over a cup of coffee and her favorite television shows and enjoyed the Craft Club with her friends

She is preceded in death by her husband, Wayne; parents, Lumen and Margaret Overland; and sister, Dee Potratz.