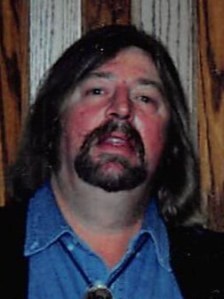 Jim was born on November 20, 1950, in Albert Lea to Theodore and Margaret (Wolden) Hanson. He attended school in Albert Lea and graduated from Albert Lea High School 1969. After graduating, he entered the United States Army and deployed to Vietnam with the 101st Airborn Infantry, known as the “Screaming Eagles”. After returning, he began his 40+ year career with the Freeborn County Highway Department.

Jim was known to host the best 4th of July parties on Bridge Ave. He was known for being good hearted and honest. Jim really liked people. He loved camping at Madison Lake, fishing, NASCAR, cheering on the Minnesota Vikings, and charitable gambling with scratch tickets and the lotto. He was an avid HyVee shopper and enjoyed getting deals. He was a member of the Alan Jackson Platinum Fan Club, Moose Lodge 1703, Eagles Lodge 2258, and Our Savior’s Lutheran Church.

Preceding him in death were his parents; his brother, Richard Hanson; and his sister-in-law, Carol Hanson.

The family is planning to have a celebration of Jim’s life at a later date.