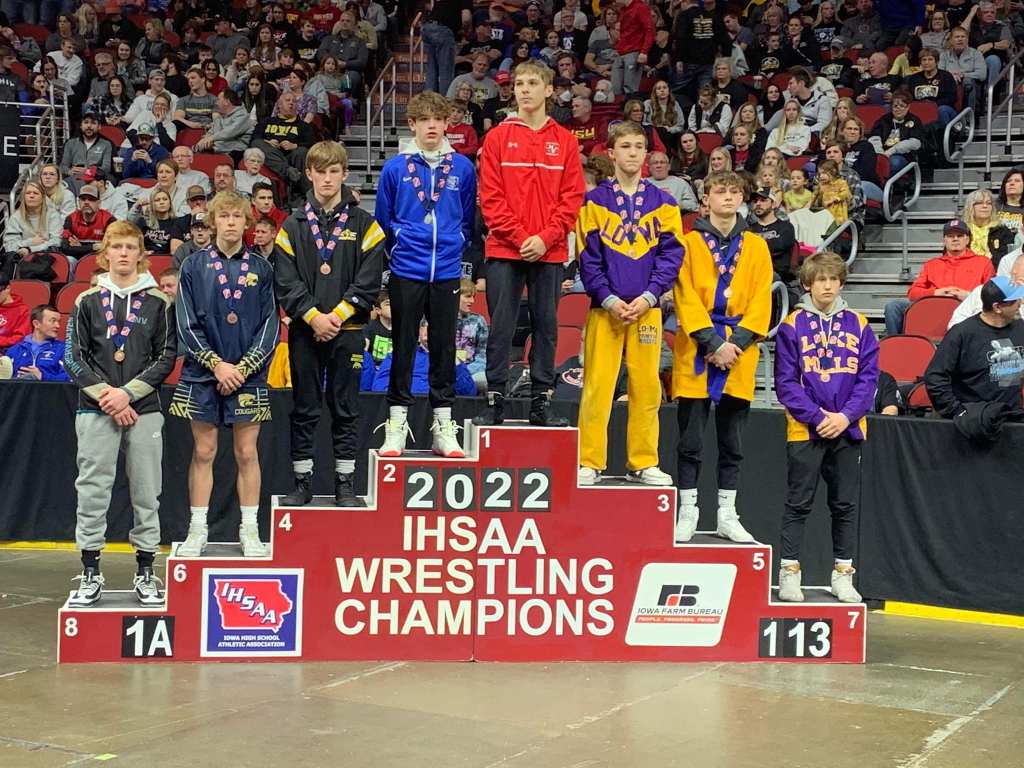 Oldenkamp and Helgeson were able to secure victories and advance to the quarterfinals, while Hanna and Beaty were defeated.

The two victors were done for the evening while the other two had to win a match on the consolation side of the bracket to remain in the tournament.

Wyatt Hanna secured a pin, while Alex Beaty was beaten out after suffering a second loss.

In the quarterfinals, Lucas Oldenkamp was defeated 4-1 by the eventual state champion from Don Bosco, and Hayden Helgeson dropped a 4-2 decision to the second seeded wrestler. Each fell to the consolation side for another bout in the same session.

Only Helgeson came away with a victory to earn a spot on the award stand, while fellow freshmen Oldenkamp and Hanna lost and were eliminated from the tournament.

“We were very excited to have Hayden Helgeson place as a freshmen,” said head coach Alex Brandenburg. “But it was also hard to watch the other three wrestlers not place like each had hoped.”

Helgeson would go on to lose a tough match in the Friday evening session but would bounce back on Saturday to earn a come from behind 5-3 victory in the seventh place match.

“Hayden worked very hard this year to become more offensive on his feet,” Brandenburg said. “It was fun to watch how much his technique and confidence improved from the beginning of the season.”

With that, the curtain closes on another Lake Mills wrestling season.

“Even though we would have liked three or four of these guys to place, we wrestled well late in the season up to this weekend,” Brandenburg said. “This young squad improved so much from the beginning of the year that it looks like the stage is set for a return to the state duals in the near future.”