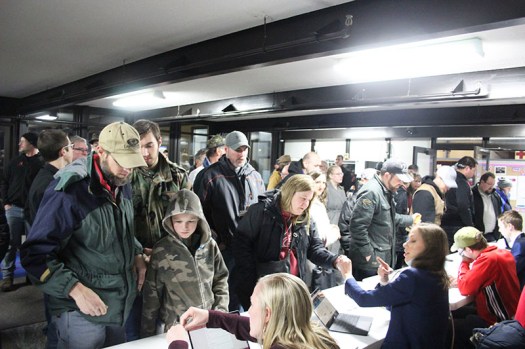 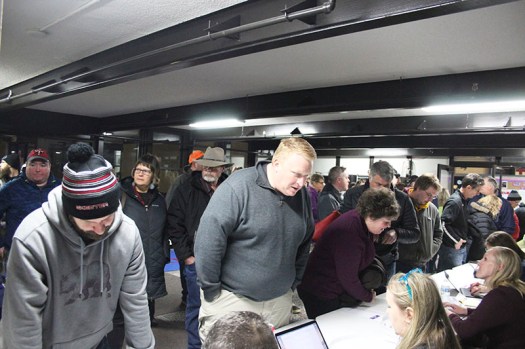 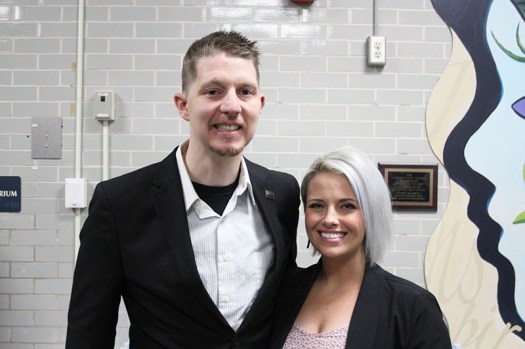 The cold didn’t seem to bother people Tuesday night as a larger-than-expected crowd turned up for the Freeborn County Republican Party caucus at Southwest Middle School.

“Tonight the excitement is going to be electing delegates,” Republican Chairman for Freeborn County Robert Hoffman said at the event.

Hoffman predicted slightly less than 100 people would be chosen as delegates.

“This is bigger than our last caucus,” he said. The last caucus was in 2020, right as the pandemic started.

Among Hoffman’s goals was addressing the response to the pandemic.

Another one of his objectives was building up Republican leadership and delegates and seeing new people who hadn’t been to a caucus.

“Tonight is a real new lighting of the fire,” he said. “This isn’t the same group that caucused four years ago. This is a big, brand-new group of a lot of people excited to get involved for the very first time.”

His theory for the larger turnout: state tickets. The governor’s seat is open, the attorney general’s seat is open and the secretary of state’s position is open.

District 27A Rep. Peggy Bennett, R- Albert Lea, was on hand and was happy with the turnout.

“It’s always exciting, I think, to see this ground-level, boots-on-the-ground support for our process,” she said. “Whoever’s endorsed, whoever or whatever, we need people involved in that process, so I’m excited to see a lot of people here. We need involvement on both sides of the aisle.”

Her biggest goal for the event was to hear from people in the community and gather input from them on what should be important to the party’s platform.

Freeborn resident Arik Matson, who was shot in the line of duty as a Waseca police officer, decided to come to the caucus after Hoffman encouraged him to attend.

“I believe that’s what we’re supposed to do is make a difference for the law enforcement officers and hopefully get some bills passed and help them,” he said.

“Taking into consideration that it’s our first caucus that we’ve attended, it has gone very well,” his wife, Megan Matson, said. “It’s very informational and I feel like everybody should be here in the state of Minnesota. If you are going to complain about what’s going on in our government then you should be more involved.”

Albert Lea resident John Holt has been attending these events for years in different places, including St. Paul, Jackson and Minneapolis.

“I’m an American who believes in being involved in the political process,” he said.

Holt didn’t have any particular issues he wanted to discuss.

“I’m really excited to see everybody,” Hoffman said. “For what it’s worth it’s rather intimidating because it’s going to be a lot of new faces.”

“This is what we need,” she said. “People involved in the political process.”