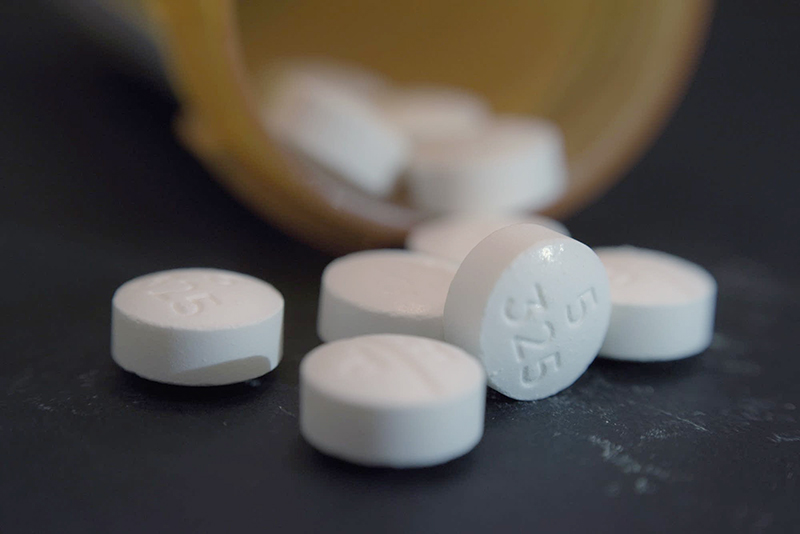 And, unfortunately, there’s been a huge uptick in opioid use, which includes things such as oxycodone, hydrocodone and fentanyl. And that increase in popularity has proven deadly.

“We had made some steady improvements through 2018 and 2019 on opioid-use disorder and misuse in this country,” said Dr. Casey Clements, an emergency physician at Mayo Clinic and a member of the opioid stewardship program. “All of the evidence points to the fact that through the pandemic opioid use has gone way, way up. And I think that we’ll be dealing with the effects and fallout of that for a long, long time.”

According to Clements, opioids work with receptors in the brain and spinal cord to decrease how strongly a person feels pain and create a sense of euphoria.

“In addition to that, those same receptors have the possibility to decrease someone’s drive to breathe as they get sleepier and sleepier,” he said.

And that combination of sleepiness and less of a drive to breathe can cause asphyxiation.

A common way to treat someone having problems breathing from opioid use is naloxone, a treatment he described as “extremely effective.” According to Clements, the treatment works by reversing the effects of opioids temporarily.

“Naloxone works by outcompeting the opioid on the receptor where it causes the problem, it’s called the MU receptor,” he said.

But because it’s only temporary, Clements stressed an urgency to get anyone treated with Narcan — the brand name of naloxone — to get to an emergency department immediately.

It was initially distributed as a prescription but more recently is available through pharmacies if requested.

“It’s one of the few things that we can do that will immediately and unequivocally save a life,” he said. “Everybody should have access to this in the community.”

In fact, he urged anyone with family or friends who have or had an opioid-use disorder to carry naloxone, and he called it an important tool in first-aid for the 21st century. Clements encourages anyone on higher doses of opioids for legitimate reasons to get naloxone as well.

In Minnesota, the Steve Rummler HOPE Network was created after Rummler died of heroin use. Rummler had been addicted to prescription opioids.

The foundation was able to pass Steve’s Law in 2014, which allowed first responders and trained people to carry naloxone. And two years ago, the SRHN launched a Naloxone Access Point program to eliminate physical location as a barrier to naloxone access for Minnesotans

Opioids have been used for centuries, but following a push to use them more liberally to treat things like chronic pain, opioids started being prescribed more broadly.

Naloxone won’t reverse overdose effects if a person’s heart stopped beating. Naloxone can be administered as a nasal spray or injection — the Steve Rummler HOPE Network has online training to teach administration.

“I’m hopeful that this medicine will start to be more available and prevalent through society, because when we come up on somebody in a public restroom who is not breathing and is not sleeping, time is of the essence,” he said.

According to Clements, opioids are the biggest cause of overdose deaths in the country.