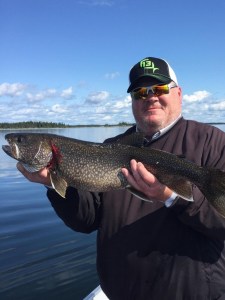 Following in his father’s footsteps, Paul joined the family-owned financial institution, Produce State Bank of Hollandale. Paul was presently the CEO and has been with Produce for nearly 40 years.

Paul married Jill Micklick on October 25, 2003. They shared many loves: travel, pets, Harleys, and their families—especially their nieces and nephews. He was a member of the Hollandale Volunteer Fire Department. He enjoyed hunting and fishing with the guys and riding his Harley with friends. More recently he enjoyed trap shooting with his Dad. Paul was a man of few words, astute observations, a razor-sharp wit, and kindest most tender heart ever. He was regarded as just the greatest guy by everyone that met him.

Memorials are preferred to National Alliance on Mental Illness (NAMI) or Out of Darkness Walk for Suicide Prevention – Albert Lea.