After 91 years of a life well lived, Paul Phillip Overgaard entered into his eternal home February 4, 2022. Paul was born February 15, 1930 in Albert Lea, Minnesota to Peter and Alice (Nelson) Overgaard, baptized March 30, 1930 and confirmed October 29, 1944 at East Freeborn Lutheran Church. He was the oldest of three children, grew up on the family farm near Lerdal and attended country school for eight years. After graduating from Albert Lea High School in 1947, he enlisted in the US Army where he completed basic training and went on to attend leadership school and officer candidate school, graduating as a Second Lieutenant. Next, he attended infantry officer training and parachute school at Fort Benning, Georgia and from there was assigned to lead a parachute infantry platoon, 187th Infantry Regiment of the 101st Airborne Division, “The Rakkasans,” in the Korean War. While serving as a platoon leader in Korea, Paul was awarded a Purple Heart and a Silver Star and was promoted to First Lieutenant. After returning from Korea, he was assigned to command a Parachute Infantry Company of the 82nd Airborne Division at Fort Bragg, North Carolina. 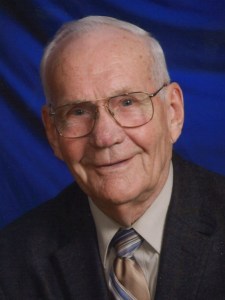 Upon completion of his military service, he met Janet Crissinger and they were married on April 18, 1954. Together, Paul and Jan had 5 daughters: Cheryl, Nancy, Jean, Marianne, and Carla. They farmed briefly, and after which, Paul worked as personnel manager for Queen Products Manufacturing Company. In 1962, Paul was elected to the Minnesota House of Representatives and was named Outstanding Freshman Legislator in his first term. He continued to serve in the House for two more terms. In 1970, he was elected to the Minnesota State Senate where he served one term. Following his legislative service, he started Independent Service Company, an investment advisory business in Albert Lea. Paul continued to be active in local and state politics taking time away from his business to manage the successful nomination and election campaigns for one of Minnesota’s US Senators and two governors and volunteered for numerous other campaigns.

Paul was active in community and church during his career and in retirement. He organized the National High School Championship Rodeo in Albert Lea in 1964. He served as president and other leadership positions of First Lutheran Church. He generously gave his time and financial support to Tentmakers Youth Ministry, Youth for Christ – The Rock, the Freeborn County Historical Museum, Shellrock River Watershed District, Kiwanis Club and more. In 2004, Paul was honored as one of the Freeborn County Outstanding Seniors and received the Minnesota State Outstanding Senior Citizen award for over 9,000 hours of various volunteer work after retirement. He believed in living his life in a way that creates and leaves a legacy. Every day he demonstrated his dedication to God, his family, Country, and community.

He is preceded in death by his parents. He is survived by his wife, Janet (Crissinger) Overgaard; his daughters and sons-in-law, Cheryl & Vernon Neitzell of Hollandale, Reverend Nancy Overgaard of Albert Lea, Jean & David Anderson of Albert Lea, Marianne & Anthony Albright of Prior Lake and Carla & Michael Malpass of Chandler, Arizona; 21 grandchildren and 26 great-grandchildren; his brother and sister-in-law, Peter & Mimi Overgaard of Lindstrom and his sister, Ruth Maschka of Albert Lea.

Funeral Service will be at 1 PM on Tuesday, February 15 at First Lutheran Church in Albert Lea. Visitation will be from 11 AM to 1 PM at the church on Tuesday. Burial will be held at a later date.