Sharon L. Anderson, 75, of Albert Lea, unexpectedly passed away on Monday, January 31, 2022, at her residence. 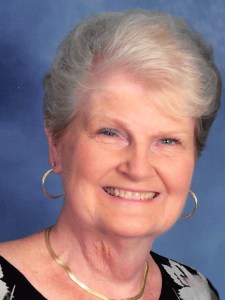 Sharon was born in Albert Lea, MN on August 24, 1946, to Howard and Evelyn (Erickson) Bakken. She grew up on a farm in the Manchester/Freeborn Area and went on to complete grades 1-12 at Freeborn School. She was Head Majorette in School Band and participated in cheerleading.

On April 8, 1967, Sharon married the love of her life, Gary Anderson. Later that year, they built a house in Albert Lea. The following year, the couple welcomed their first child, Troy. The couple went on to welcome Tami in 1969, and Michelle in 1972.

Sharon was a dedicated homemaker and mother. She was very active with functions at her children’s school as a Room Mother and with the PTA. She was an active member with Ascension Lutheran Church, helping with Time and Talent bazaars, mother-daughter banquets and Seasonal decorating.

She enjoyed her bowling league with her girlfriends. Sharon began working outside of the home at Benson Optical as the children grew. There, she began her career as a receptionist, and later studied and became a licensed Optician.

Sharon and Gary retired together in 2000, they enjoyed many years snow-birding in Arizona, taking care of grandkids and puppies, going to sporting events, dance recitals, etc. Sharon enjoyed her bowling leagues, lunches with her friends, taking day trips with Gary finding treasures at flea markets, auctions and maybe a little stop at the casino.

Sharon was a known perfectionist who took pride in her home and her family. She was very proud of her children and her grandchildren. She loved attending their extra-curricular activities. She enjoyed hosting big holiday family gatherings. Her specialty was making a wide variety of baked goods for Christmas. Besides baking, Sharon enjoyed crafting, canning, and gardening.

Preceding her in death were her parents – Howard and Evelyn Bakken, Father and Mother in Law – Roger and Ann Anderson.

A funeral service was held on Friday, February 4, 2022 at Ascension Church.