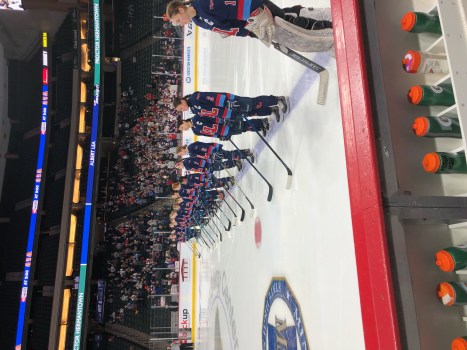 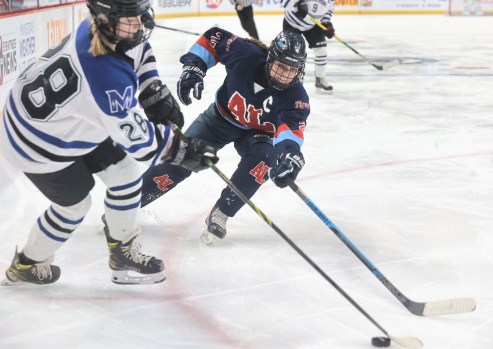 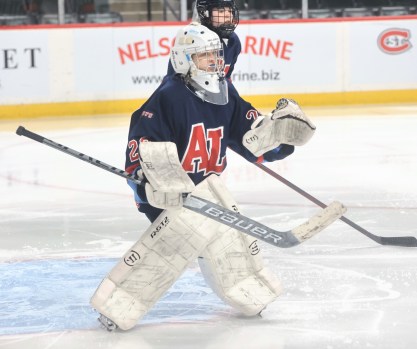 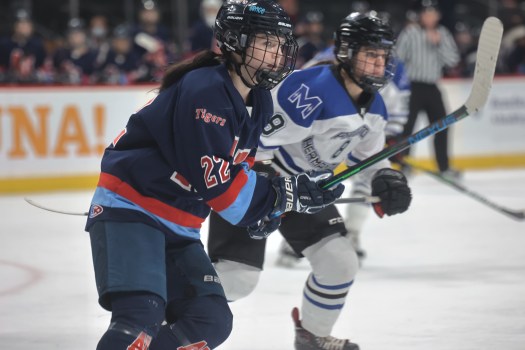 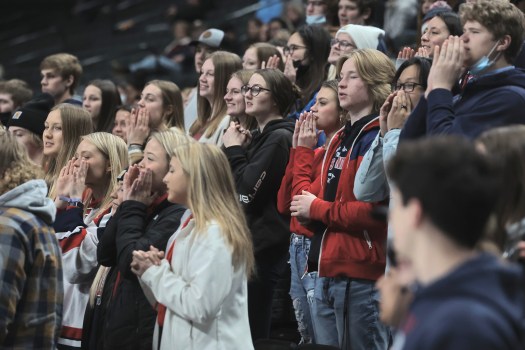 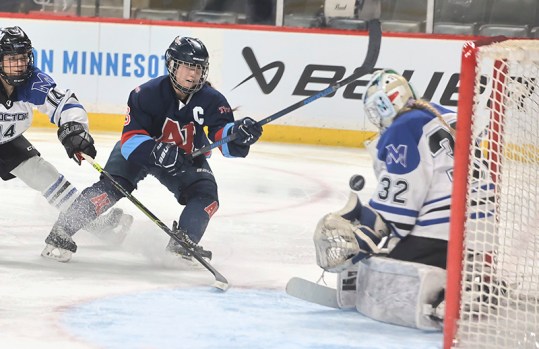 Though the Albert Lea girls hockey team held Mankato East scoreless through the first and second periods, the Cougars ultimately fought back in the third period to win the game 3-1 Thursday in the Class A consolation semifinal at TRIA Rink at Treasure Island Center in St. Paul.

Mankato East’s Jessica Eykyn scored the team’s first goal at 7:06 into the third period, followed by a goal a short 26 seconds later by Albert Lea senior forward Esther Yoon on an assist by Mika Cichosz. Both of the final Mankato East goals came from player Ashley Fischer.

The team battled against Proctor-Hermantown Wednesday, falling 6-2. It was the first time for the Albert Lea girls team to compete in the state tournament since the program’s creation in 1997.

“I thought we played two good games,” said coach Mark Goskeson of the Tigers’ state tournament run. “I don’t think we can ask for any more.”

Goskeson said he was glad Yoon and Lucy Stay, the team two senior captains, were able to be there at the tournament, and he looked forward to seeing the team continue to grow in the coming years.

“Hopefully, this was just a start,” he said. “(The girls) know what it takes to get there, and they know they’re going to have to work this much harder to get there.”

Goskeson thanked all the fans who came to support the team at the state games and said they showed a good representation of the community.

Paul Durbahn, activities director, also thanked the community for the support it showed the team.

“It’s been greatly appreciated and it matters a lot to our students,” he said.

He described the trip to state this season as “pretty special,” noting from his perspective it was only a matter of time the team went to state.

“Our girls program has been knocking at the door the last couple years, and I’m happy for them to finally achieve their goal,” Durbahn said. “Looking forward, this will be a fun group to watch — there’s a lot of talented seventh-10th grade players on the squad.”
He recognized this year’s senior players Stay, Yoon and Malana Thompson.

It was the second win for the Cougars over the Tigers this season, after the team won 4-1 in a game Dec. 2.