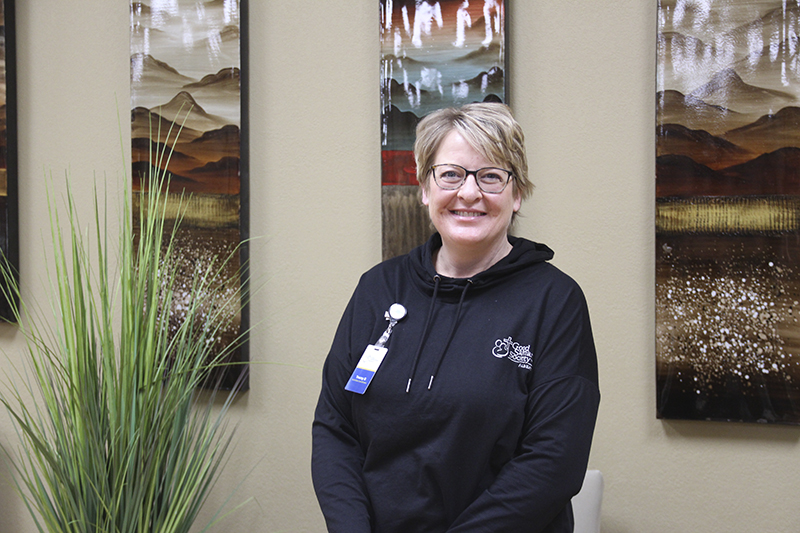 Albert Lean Tracey Ball received a text message one day from her sister-in-law with a screenshot of a position that was open at Good Samaritan Society in Albert Lea for an activities coordinator.

“I had never really thought about that before,” Ball said of the job. “When I saw it, I thought, ‘This might be really fun.’”

Though she  had never worked in the senior care field — she had previously spent 15 years as a paraprofessional at Hawthorne Elementary School and 15 years as groundskeeper at the Freeborn County Fairgrounds — the message got the ball rolling.

She applied for the position and was offered the job, starting at the end of December.

She has a group activity every afternoon at 2 p.m., including bingo once a week, along with others such as game days, trivia, current events, live entertainers and comedy hours.

Sometimes there are craft stations, and when it gets nicer out, she is looking forward to some outdoor activities, including feeding the birds and gardening.

“It gets them out of their room and is a change of pace,” Ball said. “They get to socialize with each other, and it’s good for their emotional health.”

She said it has been rewarding for her to have residents thank her for the activities and to see more participate the longer she is there.

“I absolutely love it,” she said.

Stacy Johnson, associate quality strategist at Good Samaritan and Ball’s supervisor, said they have been fortunate to have Ball there.

“She is everything a center would want in an activities coordinator, and the amount of joy she’s brought to the residents is incredible,” Johnson said.

Ball thanked the staff at Good Samaritan, who she said have been welcome and supportive of her in her new role.

She also thanked her husband, John, who she said has been a great supporter of her decision to start the new job.

Ball said when she’s not working, she enjoys spending time with family and going out on the lake in the summer.

She and her husband have four children, with the youngest 18.