‘I think he wants to just erase Ukrainians off the map’: Albert Leans share love of Ukraine, worries in war 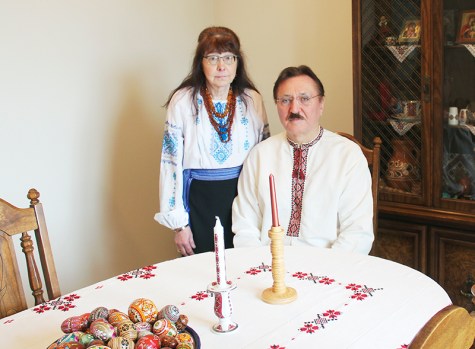 Kathy and Leonid Skorin are both first generations members of their family born in the United States but whose parents and other family came from Ukraine. They still have family there. Sarah Stultz/Albert Lea Tribune 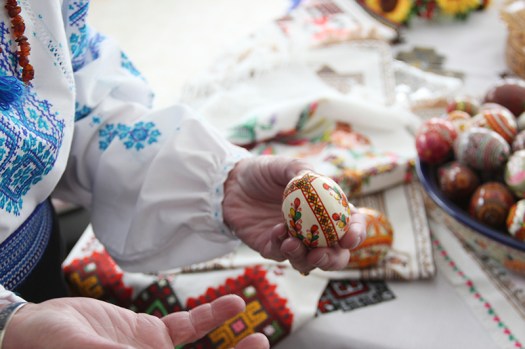 The Skorins have brought back many things from their visits to Ukraine, including many wooden eggs. Kathy Skorin said each of the eggs have symbolism and different colors represent different things. Sarah Stultz/Albert Lea Tribune 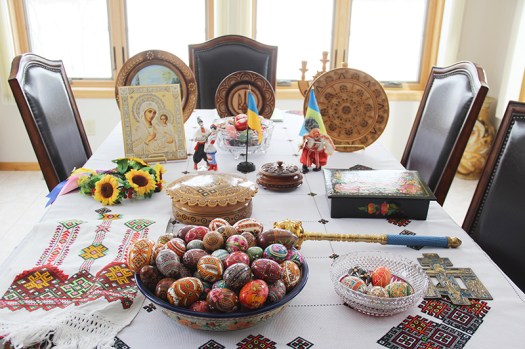 The Skorins have displayed many of the things they have brought back from Ukraine, many of which have religious symbolism, on their dining room table. Sarah Stultz/Albert Lea Tribune 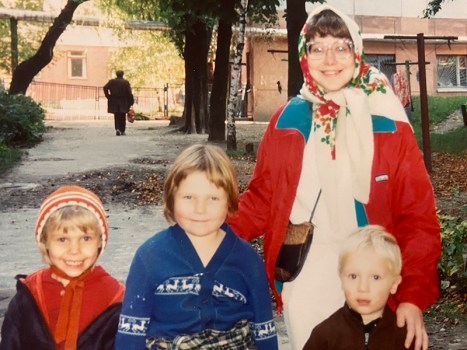 Kathy Skorin is pictured with some Ukranian children while on one of her and her husband's trips there. Provided 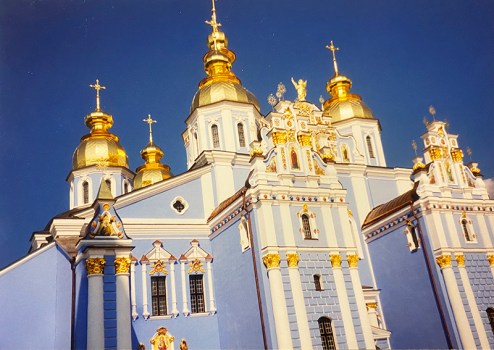 The Skorins have visited many of the places during their visits to Ukraine that have been shown on television since Russia invaded the country. Provided

As Albert Lea and the rest of the world watches the continued Russian attacks on Ukraine, the conflict is hitting particularly close to home for Albert Leans Leonid and Kathy Skorin.

The Skorins are both the first generations of their families to be born in the United States after their parents emigrated from Ukraine to the U.S. in the 1950s. They have lived in Albert Lea since 2000.

Though they did not grow up in Ukraine, they said their Ukrainian and Polish heritage has always been a major part of their life. They attended school as a child to learn the language, culture and history, and they still have loved ones who live there.

“I take a look at all the stuff on TV — honest to God, some days I really want to cry, I really do,” Kathy Skorin said in an interview on Friday. “I remember the things my father told me, his friends. And then with us being overseas, it really hits home.”

The Skorins said they first visited Ukraine in 1993, two years after Ukraine declared independence. They said they were the first foreigners many of the people had ever seen.

Leonid said under the prior communist system, the people weren’t allowed to go anywhere and no one could come in. When the people heard he was an eye surgeon, they asked him to bring medical supplies and give lectures on the modern status of eye surgery. He said the Ukrainians were still doing surgeries that had been done in the 1940s and ’50s in the United States.

The couple visited every couple of years in the 1990s, and then their most recent trip took place in 2011 when they were in Odessa.

Now the streets they’ve traveled on and the sites they took pictures of are shown on television and in photographs with Russian tanks. They said from what they are hearing, they likely will never be able to return again.

“I think he wants to just erase Ukrainians off the map — in his head we don’t exist, we’re not an entity,” Leonid Skorin said of Russian President Vladimir Putin. “We’re a nation, we’re a race, we’re a people. He’s trying to eliminate us.”

Leonid Skorin said his father and grandparents were taken by the Nazis to Austria as slave laborers, and his mother’s side of the family left right as the Germans were pulling out and the Russian communists came back in.

He said they survived the Holodomor, the man-made famine now considered genocide in the Soviet Ukraine in the early 1930s that killed millions of Ukrainians, and his grandmother said never again would she live under communist Russians again. They ended up in a displaced persons camp after the war in Germany and Austria and then later chose to come to the United States.

Kathy Skorin said her father came from the Ternopil area in western Ukraine that was originally Poland.

She recalled times when she was a little girl when her father’s friends would come over and she heard the stories from her father’s past.

She said he was taken by the Nazis in a roundup on Easter Sunday and spent time in the Dachau concentration camp. When the camp was liberated, the American soldiers gave them the opportunity to return home, though their families were likely dead, or to join the Army.

She said she often heard from her father the importance of holding on to their history and culture.

“Once you lose your language, your identity and your culture, you’ve pretty much lost everything,” she said.

On Saturdays when most American children were home watching cartoons in Chicago, her husband attended Ukrainian school, while she attended Polish school.

“We sort of lived in parallel worlds at the same time,” Leonid Skorin said.

These values have held on through the years as the Skorins are still fluent in Ukrainian, and Kathy Skorin is also fluent in Polish. They also have many Ukrainian references throughout their home.

As first generations born in the United States, Leonid Skorin said he listened to his parents when they told him he was going to be somebody. His mother had encouraged him and his brother to become a doctor and lawyer — so they would have valuable skill sets if Russia ever invaded the United States.

He now works as an ophthalmologist at Mayo Clinic Health System in Albert Lea.

As they watch the continued attacks, he said he has been disappointed in President Joe Biden’s response to the war and on Friday said he didn’t understand why the U.S. wasn’t cutting off Russian oil. Biden on Tuesday announced a ban on Russian oil imports.

“We need to cut off Putin’s supply on money that is advancing the military,” he said.

They said they are proud to see the response of Ukrainians since the attacks began and credited Ukrainian President Volodymyr Zelensky.