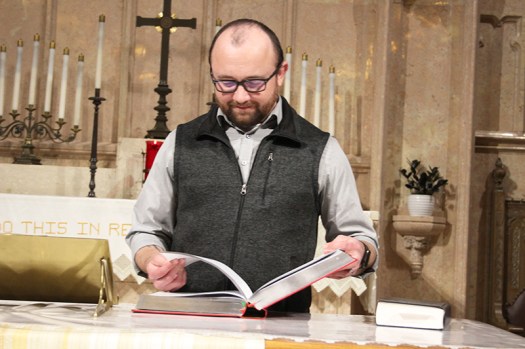 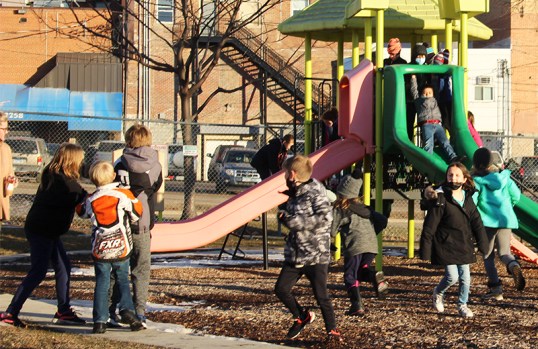 Students in the Fusion program at First Lutheran were on the playground near the church during a recent Wednesday. Alex Guerrero/Albert Lea Tribune 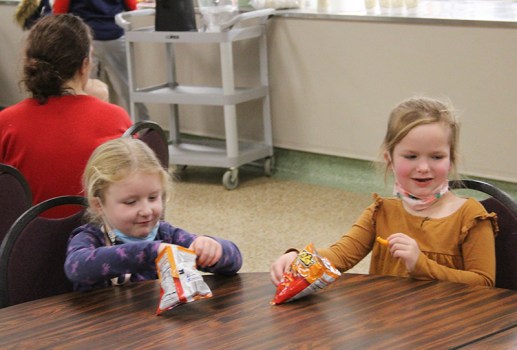 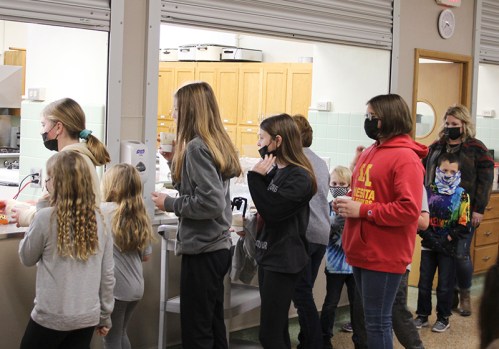 Students line up for snacks as part of the Fusion program at First Lutheran Church. The program was started this fall by Roger Fears, a new pastor in the area. Alex Guerrero/Albert Lea Tribune

Roger Fears, co-pastor at First Lutheran Church, is starting to settle into life in Albert Lea after almost seven months on the job.

“I’ve been blessed to be called as pastor here at First Lutheran,” he said.

He described Albert Lea as the perfect size for him, his wife, Heather, and their three children.

“I grew up on a farm and I’ve also lived in larger cities, and Albert Lea’s a great mix where you have just about anything you could possibly need, but at the same time there’s not rush hour traffic either,” he said.

But it was while he was listening to a presentation from the synod office for this area of Minnesota that the area really appealed to him, particularly a pitch for a faith-formation program called Fusion.

“Before I got here, there were some surveys that were done,” he said. “We wanted to know how we could better serve the people in our congregation.”

One suggestion was to have worship services outside of traditional Sunday mornings to accommodate those who couldn’t attend.

“We started playing around with this idea of moving the programming to Wednesdays, and what it would look like to have a mid-week service for our education programs and a worship service and a meal … for people that gather,” he said.

And what started off as a daydream became more tangible, and Fears and his team began planning for such a service.

Fears would have been happy with 30 children during that first Fusion service in September.

“Here we are a few months into it, and we have 121 kids from kindergarten through sixth grade signed up,” he said.

During those Wednesdays, children are dropped off by a bus from their schools.

During that class time, children learn about faith and music.

Following that, children are broken up again by grades before a meal is served. Anyone is invited to attend.

“It’s something we want to make exciting and informal, but yet at the same time very Lutheran,” he said. “All the pieces are there, they just look a little bit different sometimes.”

Confirmation classes for seventh, eighth and ninth graders follow that.

This is the first year the church has held Fusion.

“We’ve really gone in this collaborative direction in a way that emphasizes community and that each one of us has an important place in that community,” he said.

The first-ever Fusion program was the largest-attended service for the week, and Fears said they’ve had services with upwards of 225 to 250 people.

“A lot of students take parts in that worship,” he said. “They serve as readers, as acolytes to light candles, as prayer leaders. It’s a service that definitely pulls a number of people.”

Jenny Edwin, education director at First Lutheran Church, was thrilled with what has been happening.

“It has far exceeded our hopes,” she said. “It has been extremely positive. We’ve always had a large number of kids come to Sunday school here, but seeing this number come on a consistent basis has been a very wonderful surprise.”

She said because Fusion happens in the afternoons, students come with more energy, and the two hours (as opposed to one) gives their team more time to do things.

The program has also helped busy families who might do other things on the weekends.