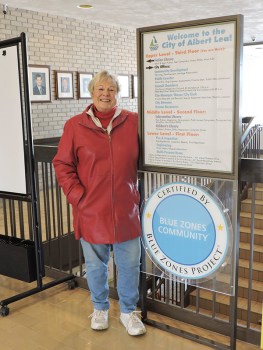 Ellen Kehr stands in Albert Lea City Hall, where she served on the City Council and became the organizational lead for the Blue Zones Project in Albert Lea. Kelly Wassenberg/for the Tribune 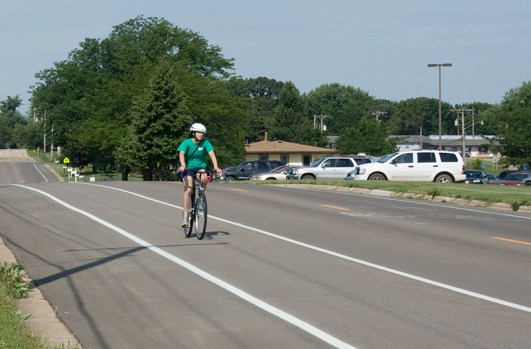 The bike lanes along Front Street in Albert Lea were added in 2012. Tribune file photo 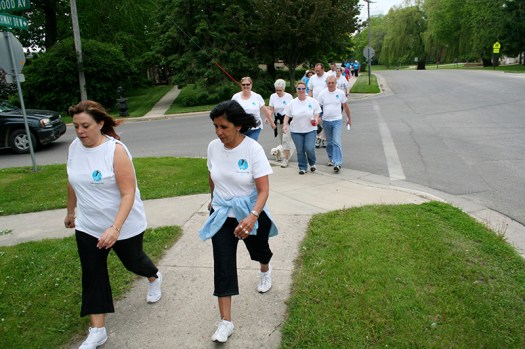 People joined walking groups, or moais, to get out and move more as part of the Blue Zones Project. Tribune file photo 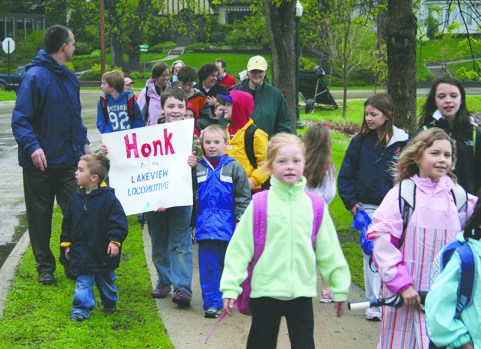 Children with the “Lakeview Locomotive” walk with parents and teachers along Lakeview Boulevard to school toward the beginning of the Blue Zones Project. The group, termed a walking school bus, walked to school three days a week. Tribune file photo 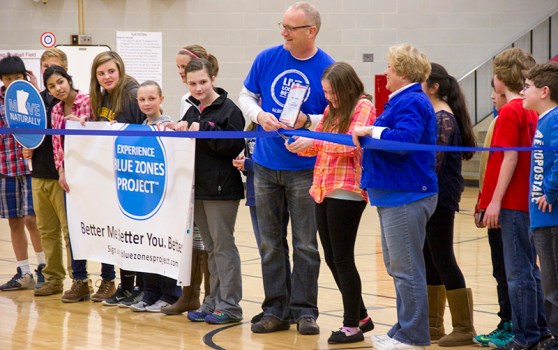 It’s like raising children. You take each and every day as it comes. That’s all you know. Then you suddenly turn around and see the big picture all at once. You see all the growth that has transpired over the years and how far they’ve come. It can be overwhelming.

That’s how Ellen Kehr described the process of looking back over the last 13 years of the Blue Zones Project in Albert Lea. She plans to retire from her position as organizational lead of the program later this year.

The Blue Zones Project started as a first — the pilot program to test how the vision of Dan Buettner to inspire and empower everyone to live better and longer lives would work in communities throughout the country.

Albert Lea was selected to be part of the pilot project due to its size and demographics. The community they chose had to have a population between 10,000 and 20,000, so metrics could be measured to properly ascertain the effectiveness of the program, yet the community couldn’t be so populous and spread out that they couldn’t manage the project.

According to Kehr, strong city leadership was very important to the Blue Zones Project, as well. At the time, she was on the Albert Lea City Council, and her husband, Randy Kehr, was the executive director of the Albert Lea-Freeborn County Chamber of Commerce. Representatives from the Albert Lea Economic Development Agency, the superintendent of schools, the director of the Family Y, the United Way and the administrator of the local health care system were also on board with the project.

Kehr said they brought in everyone they could, because it was imperative to the program’s success to have everyone at the table to address two of the community’s most significant health concerns: tobacco use and obesity.

“Pretty much everyone is in agreement that tobacco and obesity are the top drivers of chronic illnesses that we’re going to end up with someday,” she said.

That meant change needed to be across the board — community, workplaces and schools.

“Our work sites have been very organized and extremely strong for this whole 13 year process, starting with the pilot, and they never stopped.”

Coupled with the City Council making city parks tobacco-free zones and raising the age to purchase tobacco products to 21, Albert Lea has seen a decrease in adult smoking rates. Previous audits noted 23% smoked, whereas the rate now is approximately 16%.

“We did these things planned with a goal one step at a time, building one initiative and then the next one on top of that initiative,” Kehr said. “We did it slowly over 13 years so that at times as we were doing all of this, it just became so much a part of our culture.”

Along with being one of the city’s largest employers, city leaders have also adopted policies to create more built-in environments, which naturally increase physical activity and make the town more friendly for those who want to walk or ride their bike.

The schools were a critical piece of the puzzle, too. Not only are they a large employer, but bringing the project to schools encourages children to develop healthier lifestyle choices at a younger age. Along with policy changes that led to 20 minutes of recess per day at the elementary level, water bottle filling stations were added, healthier options were added to vending machines and concession stands, and schools began opting for walk-a-thons over food-related fundraisers.

A complete streets policy and sidewalk assessment policy was adopted in 2009. In the same year, a community walking audit and bike and pedestrian plan was completed. The city also dedicated acres and acres of public land to expanding community gardens and disc golf courses, for the dog park, the splash pad and the community boathouse.”

These building blocks create what is referred to as a built environment.

“Then we built the Blue Zones walkway, and then started filling in sidewalk gaps, many miles and miles of sidewalk gaps, creating new sidewalks to connect our neighborhoods to each other, to their schools, to the core facilities of our community,” Kehr said. “Then came the downtown streetscape, the Front Street bike lane, the South Broadway redesign to cut down on crash rates and help revitalize that corridor.”

Kehr said one of the next projects on the agenda is reconstructing East Main Street with sidewalks and better pedestrian crossings. She reiterated how important it will be for the program to continue to maintain and expand its built environment.

The metrics when it comes to measuring the benefit of the built environment has shown an increase in natural momentum activity level by 40%, Kehr said.  The influence of that pilot project has not been confined to the county of Freeborn.

“That pilot has created more than 70 Blue Zones communities across the country,” she said. “Millions of people are part of the Blue Zones family today.”

Kehr is sure the success the program has seen will carry on after she is gone. She is currently working with Cathy Malakowsky, who will be working as director of community engagement and enrichment and who will continue to lead the Blue Zones Project.

With Malakowsky’s new position, being in charge of the library and parks and recreation department, Kehr said she believes it is the “perfect partnership.”

And Kehr will always be there to lend a helping hand. She’s determined to be one of the effort’s biggest volunteers.

“I am just proud of so many things, that it’s not any one initiative,” she said, reflecting on her years in the leadership position. “It’s really the combination of all of it together. I’m a person who has always felt — for me personally — that it was important to contribute the best of what I have to my community. Not just to my friends and family, but for the community as a whole. And what I’m proudest of is, to the best of my ability, I’ve been able to do that through the Blue Zones Project.”

Randy Kehr, the late husband of Ellen Kehr, served as the executive director of the Albert Lea-Freeborn County Chamber of Commerce for over a decade. During that time, he also was co-chairman of the Blue Zones Project leadership team. Following his death, the Blue Zones Project honored him by creating the Randy Kehr Award for Initiative and Collaboration in his memory. 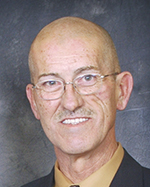 His many accomplishments after moving to Albert Lea included being the first mentor of the STARS mentoring program, honorary chairman of Freeborn County Relay for Life, president of the Downtown Business Association, president of the Cloverleaf Lions Club and chairman of the National Vitality Leadership Team. Together with his wife, he also led United Way campaigns and volunteered with the Freeborn County Humane Society.

Areas in which Blue Zones has created change in the community

14 of the top 20 worksites have tobacco free campuses