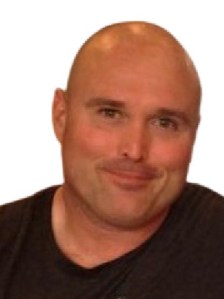 Eric was born on April 27, 1973, in Walnut Creek, California to Fredrick and Patricia (Sheehy) Nelson. As a young boy, he had a sweet, kind, loving soul. He graduated from Albert Lea High School, and then attended Mankato State University where he received two Bachelor of Science degrees. He enlisted in the United States Navy in 2008 and was honorably discharged in 2013.

Eric was a people person and seemed to know everyone. He enjoyed and cared for all people, no matter what. He was never short of friends and knew how to make a new friend out of anyone he met. Eric made many friends during his time living in California, Colorado, Minnesota, and Florida. Those closest to him found comfort in his friendship, and all who knew him will always remember times of laughter and joy. As everyone knew Eric would probably agree, he believed in living life to the fullest, and the world is a little less fun and optimistic with his loss.

Eric enjoyed spending time at the gym and loved all sports, especially the Minnesota Vikings.

Eric was preceded in death by his uncles, Garry Cole, Gordy Meyer, and Robert “Bobby” Sheehy; aunt, Connie Goosen; and his grandparents: Bob and Mary Sheehy, and Jean and George Nelson.