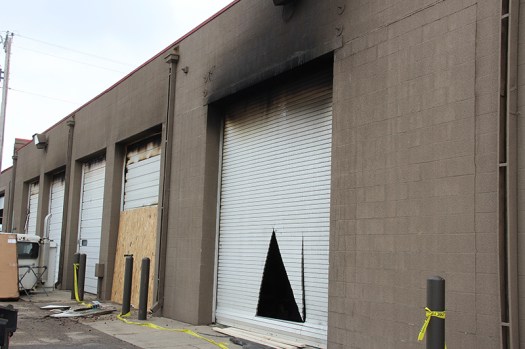 Damage is evident on Thursday from a fire the night before in the truck body shop at Dave Syverson Auto Center. Sarah Stultz/Albert Lea Tribune 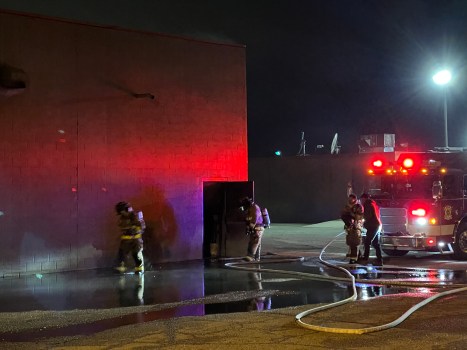 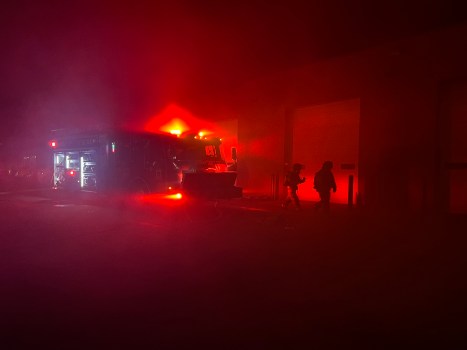 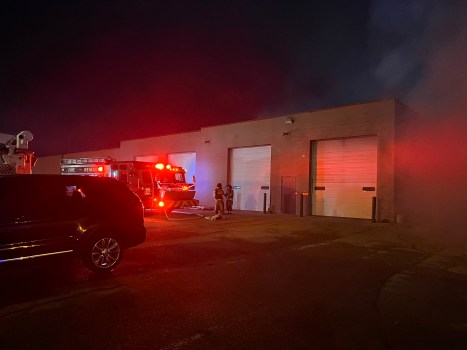 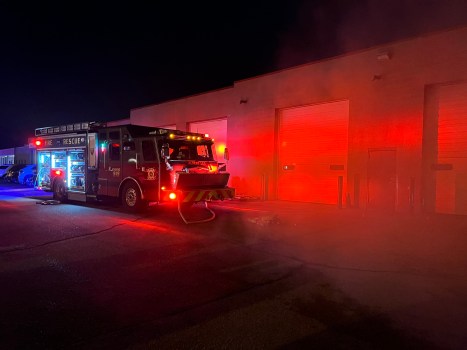 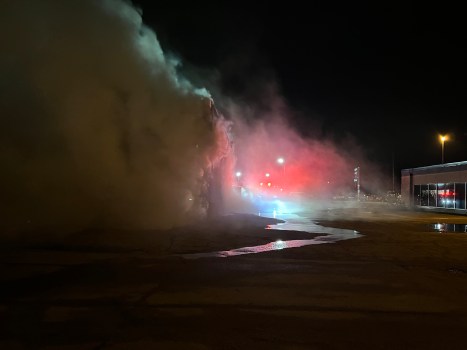 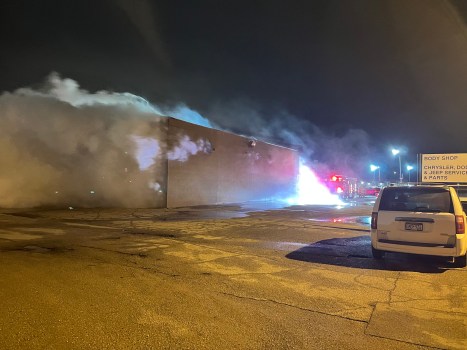 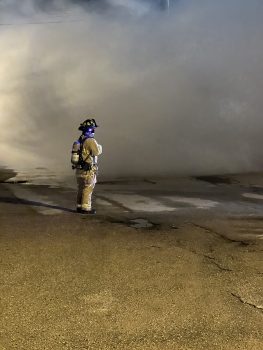 The Albert Lea fire and police departments were dispatched shortly before 8 p.m. Wednesday to a fire alarm at the dealership, 2310 E. Main St. At the same time, several callers to dispatch also reported smoke coming from the dealership building, according to a press release.

Albert Lea Fire Rescue arrived on scene and found heavy smoke coming from the back of the building. Fire crews worked to make entry into the building and extinguished the fire, which was contained to the semitrailer shop portion of the building.

The business was closed for the day, with one person on-site performing cleaning duties. This person had left the building by the time emergency crews arrived.

Investigation into the fire continues, along with determining monetary damages, the release stated. Deputy Fire Chief Jeff Laskowske described the damage as “significant.”

Travis Stortroen, general manager at Dave Syverson, said the business will continue to operate in all departments as normal.

“We have a long road ahead to fix the truck body shop, but the good news is it can all be fixed and replaced,” Stortroen said in a statement.

“We want to thank our local area firefighters, Freeborn County Sheriff’s department and the Albert Lea Police Department for their quick response and all of their hard work. We are so grateful.”

He also thanked the company’s employees and their families for the outpouring of support.

Smoke could be seen coming out of the main Ford building, and the fire appeared to be in the body shop area in the back.

Clarks Grove and Glenville fire departments were also called in for mutual aid.

Check back for more information as it is available. Information has not yet been released about the cause of the fire or the extent of the damage.

View a video of the fire here.

The company posted a message on its Facebook age Wednesday night:

“We can’t say THANK YOU enough to all of our AMAZING area fire departments, the Freeborn County Sheriff’s Office and Albert Lea Police Department! We are sooo thankful that everyone at Dave Syverson is safe and all the fire damage can be fixed! Thank you everyone for checking in on us and your kind words. We will provide you all with an update when we have more information.”