Former Austin mayor throws hat in ring for 23B 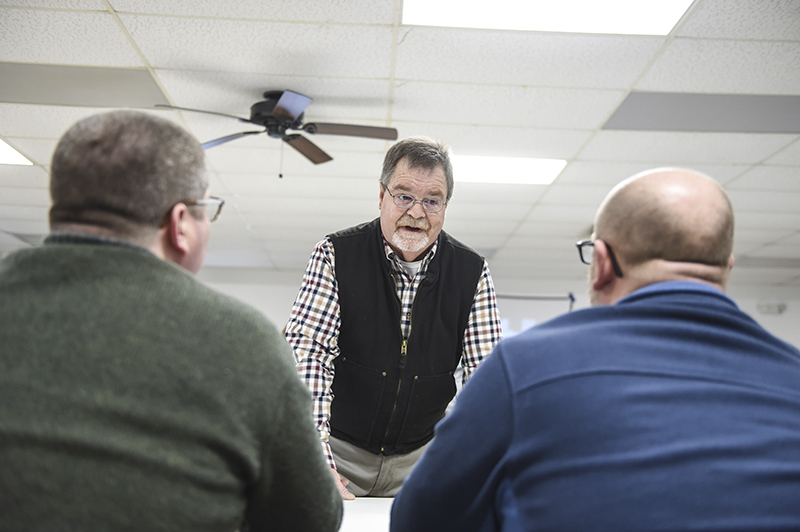 Tom Stiehm made it official Sunday afternoon of his intent to run for the 23B house seat during a kick-off event at the Mapleview Village Community Hall, which also featured a conference call endorsement by Gov. Tim Walz.

After being Austin’s mayor for 14 years, Stiehm is embarking on a run for a political seat he never thought he would seek, however, in his speech to those who came out Sunday, Stiehm said he did so out of a concern for the current political environment.

“I’m concerned about the direction democracy is going,” Stiehm said. “I’ve learned that you have to listen to not only what [people] say. You’ve got to look at what they’ve done. You’ve seen what I’ve done.”

Stiehm, who is also a retired police officer and served in the United States Marine Corp., cited achievements of the City of Austin during his time as mayor including in the areas of diversity, housing and law enforcement.

But he also said that should he be elected, he wouldn’t serve just one group of people.

“I’m here for everybody,” he said.

Stiehm is choosing a very divisive period of time in politics for his first run at a state seat, but said it’s necessary to try and breach those divides when serving. That includes talking with people that have differing viewpoints and that they are often neighbors.

“I knew at the start I would be having conversations with people with radically different ideas,” Stiehm said. “Turns out I already knew who they were. They are our friends. We’re Americans first, Austinites first, citizens first. We have to build trust back in our government.”

Stiehm will be running for the newly formed District 23B House. Current representative Patricia Mueller, who holds the 27B seat, is in her first term after unseating longterm representative Jeanne Poppe. On Monday she announced a reelection bid for the 23B seat.

However, in an ironic twist Poppe is serving as Stiehm’s campaign manager, which he said has been an instant boost to his campaign.

“Jeanne has been everything,” Stiehm said. “She’s been fantastic for me.”

The day’s biggest endorsement came from Walz, who spoke over a conference call before heading to a rally at the Capitol in support of Ukraine’s struggle against Russia, who is entering its third week of invading the sovereign country.

“I’ve gotten to know Tom over the last couple of decades,” Walz said. “When I heard Tom would run for the position, it lifted my heart.”

“He’s always done what’s best for the community,” he added.

Walz pointed to Stiehm’s willingness to work with others to find a way to get projects done, which Walz said is sorely missing in today’s political landscape.

“He’s willing to get solutions,” Walz said. “We need less people getting on Twitter and complaining about other people. We need problem solvers.”

While Stiehm is pushing an early agenda of simply being an optimistic presence in a divided landscape, he also knows that there is a learning curve ahead of him.

That’s going to include a door-to-door campaign of getting to know the variety of issues that constituents are concerned about.

“I need to go out and knock on doors and see what people are thinking,” Stiehm said, adding later in the afternoon. “I’ve got to learn about issues I’ve never known about.”