Freeborn County Eagles rugby is back on the field 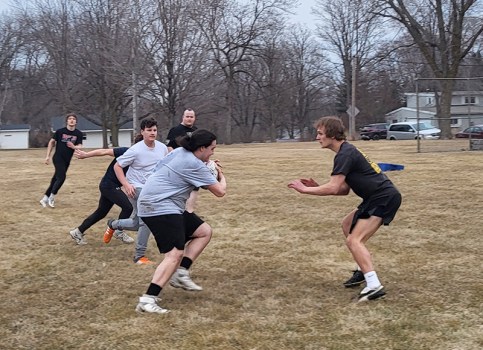 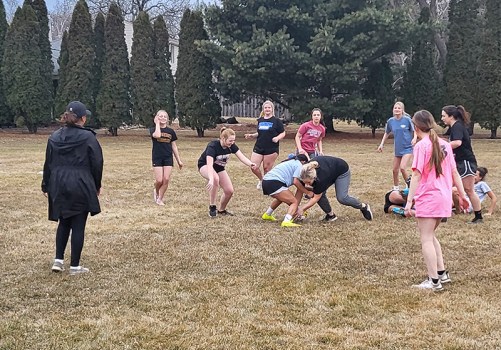 The Eriksmoens aim to not only teach the rules of the game but also try to teach life lessons as the players practice. James Sanchez/for the Tribune 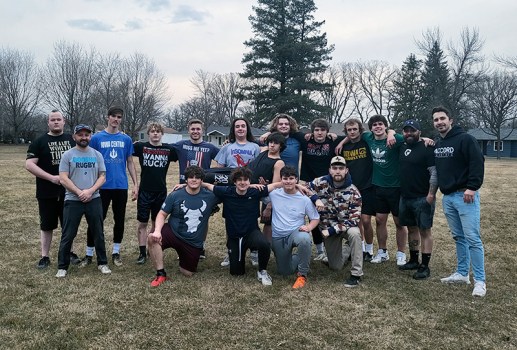 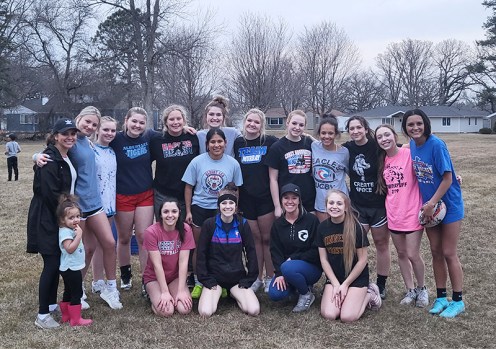 Teams’ season officially kicks off in one month

Albert Lea’s affinity for sports continues to blossom this spring as the Freeborn County Eagles have made their way onto the practice field.

The Eagles are made up of two teams, consisting of a male and female squad, whose demographic is comprised of youth from the Freeborn County area (grades 7-12).

The inspiration behind the teams started over a decade ago when Ron Eriksmoen, at the age of 27, decided to hang up his football cleats. Eriksmoen stated he was looking for something that would have less of a time commitment and decided to give rugby a try “after the first time I tried it, I thought to myself ‘this is the greatest game ever and I was all in.”

This led him to deciding to not only play rugby, but also to coach it.

“I was always a coach since I was 18 years old, so I just took to rugby as a coach as well,” he said, which led to his full enthrallment in the sport.

In fact, his passion for it was so infectious that his family took to it as well. His children have either played or currently play rugby, and his wife coaches the female team.

The Freeborn County Eagles rugby teams began five years ago when the Eriksmoens decided to put up flyers in Albert Lea High School. The Eriksmoens said they saw an opportunity to help cultivate a growing interest in the sport while simultaneously thinking about the past time of Albert Lea’s youth.

The Eriksmoens have taught the rules of the game while also trying to teach the values of life lessons alongside it. Tough, hard-nosed determination will help you not only on the rugby field, but also in life — and as the recruitment continues to grow for the game, it is easy to understand why.

Some of the rules of the game are pretty straight forward. There are two match types, either 7X7 matches or 15X15 matches. The match type will determine strategy as well as personnel and time limits for the game. Both match types, however, have the same game rules.

There can be no blocking for your teammate. You can only pass the ball backwards to a teammate and cannot pass it forward. If you want to move the ball forward to a teammate, it must be kicked. Once you are tackled, the ball carrier must release the ball. You can then contest for the ball in something called the “ruckus.”

A “try,” which is the equivalent to a fooball touchdown in football is worth 5 points. This happens when a player grounds the ball in the opposition’s in-goal area. After the try there is a conversion. A conversion is a kick between goal posts and is worth 2 points. Whoever has the higher score at the end of regulations wins.

To learn more and cheer on the home team, catch the Freeborn County Eagles Rugby Team practicing from 5:30 to 7 p.m. on Mondays and Thursdays. The practices are at Shoreland Heights and Brookside Education Center depending on the weather.

The team can be found online on Freeborn Eagles Rugby Club on Facebook, where schedules and locations are posted.

The season kicks off April 22 at Hammer Field.