On Wednesday, February 16, 2022 our son and brother Jacob Del Cornick “Jake” passed away tragically and unexpectedly at the age of 21 at his home. 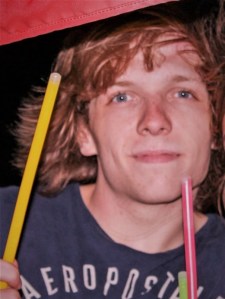 Jake was born February 1, 2001 to mother, Melissa Henrickson and father, Hugh Cornick. He was raised by his mother and father in Albert Lea along with his brother, Hugh Benjamin Cornick, Jr. “Ben”.

Jake had a relentless passion for fitness, MMA, and Flips n Tricks. He inspired many people with his passion. Jake loved his family of pets including Oppenheimer The Destroyer “Oppie”, Alabama Blue “Blue”, Bella, Beauregard “Bo”, Duffy, Pancakes and Kit Kat. Jake had one true love, Andrea Minehart. They spent 5 years together. One of Jacob’s lifelong goal was to tap out dad in Ju Jitsu. This was quite a challenge for Jake because dad was A lifelong martial artist and cage fighting veteran. He was 50lbs bigger and much more experienced. Jake pursued this goal relentlessly until he achieved it at only 17.

Our family would like to thank everyone for their generous cards and donations made on Jakes behalf. Our world is forever darkened, and the sun will never shine as bright as before. Until we meet again our son and brother Jacob Del Cornick. May you ollie the moon, kick flip the sun, and do back flips in Heaven. Love You Forever son.