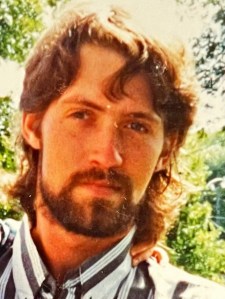 Jason was born on September 10, 1969 to Rosanne Baas. He attended Albert Lea High School and later went on to attend Albert Lea Vo-Tech. For most of his life he worked in the auto-body industry.

Jason excelled at everything he put his mind to. As a youth, he was involved in boy scouts, wrestling, hockey, and science fairs. As a teen, he enjoyed putting together model cars, dirt bikes, and anything with a motor. One of his favorite memories was volunteering at the Special Olympics. He loved building demolition cars. If you knew Jason well, you could usually find him putting the final touches on the car just minutes before competing in the demolition derby.

Jason also enjoyed pool league, he never missed a NASCAR race or a Minnesota Wild game. He loved spending time with his family and friends. Jason was a very intelligent, loving, kind, “give you the shirt off his back” kind of guy.

A celebration of life life will be held April 24th at the Edgewater Bay pavilion from 11-1pm.