Passed away at Mayo St. Mary’s Hospital Rochester MN, on January, 1st, 2022 at 11:05a.m. His Battle with Mental illness finally coming to an end. He was 44 years old. He was a resident at Sunset homes in Oronoco MN. He attended Albert Lea Area Schools. He is fondly remembered by Friends and family alike as being a gentle giant, who as long as he had his favorite soda-pop in 1 hand, and his tobacco in the other, he was content to watch his shows, or listen to his music. 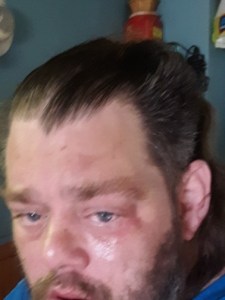 Occasionally he would sing along. He loved to collect comic books, and coins. In his younger years he was known by some of his friends as “Harvard” because he loved to tell his stories, He could go on for hours, about everything under the Sun. He had a way of telling a story that drew you in, and made you want to listen to all he had to say. He was proceeded in death by his mother: Dawn Annette (Dobbertin) Becker; His grandparents: Myron and Verna Mae Dobbertin, and Grandmother Sondra Dawn Allen; followed shortly by his uncle: Robin Allen. He is survived by his Father: Donald Leroy Becker; Brother: Philip Becker; Half brothers and sisters: Christina Brown, Mathew, Sara, and Harley Becker. Uncle: Craig Dobbertin; Aunt: Penny Dobbertin O’daffer; Uncle: William (Billy) Allen; Cousins: Jennifer (Dobbertin) Wilde, Kelly, and Brandon Dobbertin. Brian O’Daffer, and Annette (O’Daffer) Hansen; Jacob, Rebecca, and Breanna Allen; Niece: Jasmine (Becker) Lass; and Nephew: Conner Becker. A celebration of life for Jeremie will be Saturday March 19th at 12 noon, Salvation Army in Albert Lea, 302 court Street. We are going to have a service at 12 noon until 12:45p.m. with a luncheon to follow in the cafeteria afterward. Please let any friends or family of Jeremie know, in case we miss anyone. Condolences can be sent to the family C/O Philip Becker at: 6601 75th Ave. N. Brooklyn Park MN 55428. A “G0 fund me” page set up to help with final expenses.