A Glenville man pleaded not guilty Thursday in Freeborn County District Court to seven counts of first-degree criminal sexual conduct of a victim under 13. 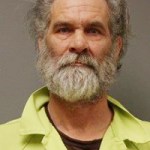 He made his first appearance on the charges March 16 and appeared again in court Thursday. Online court records list Yoder as representing himself.