Man with lifelong history in the arts to open exhibit 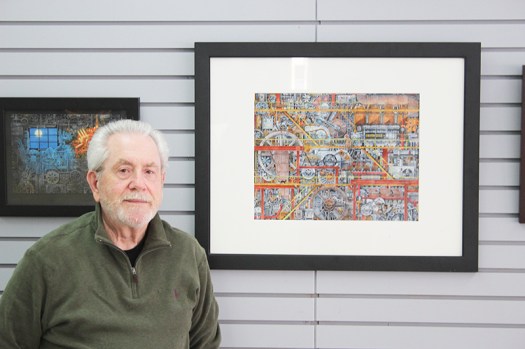 Ron Davison stands next to some of his artwork, which is on display until April 26 at the Albert Lea Art Center. Alex Guerrero/Albert Lea Tribune 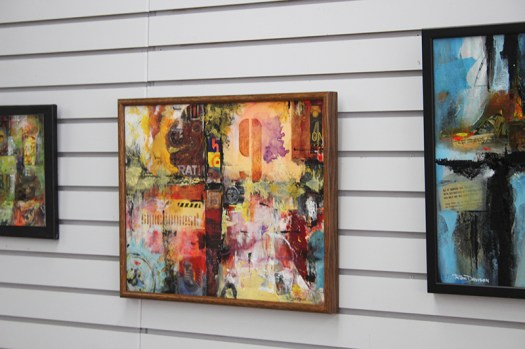 Some of the art work that will be on display during Ron Davison's exhibit. Alex Guerrero/Albert Lea Tribune 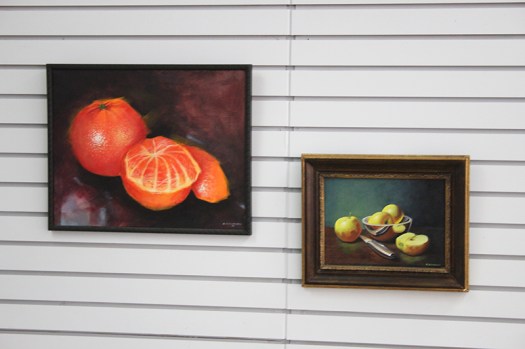 It helps to be prepared. Such was the case for artist Ron Davison, a Fairmont artist whose gallery exhibit opened at Albert Lea Art Center Tuesday.

“I’ve been in other galleries,” he said. “I’ve been in Carnegie up in Mankato. The 410 Project in Mankato, Red Rock [Center for the Arts] in Fairmont.”

Driving through the area one day after he moved to Fairmont from California to be closer to his daughter, Davison — has been an artist for 57 years — reached out to the Art Center roughly one month ago to gauge their interest.

The center happened to have a cancellation, so when they asked if he’d be interested in doing a show he said yes.

Being an artist and displaying his work was always something he wanted to do.

After leaving the Army, he started work for a design studio and ad agency in Colorado as an art director and staff designer/illustrator. It was his job to design brochures, posters, packaging, news ads and illustrate. Following his time there, he moved to San Diego, where he became vice president of corporate art at Bond Industries. Later, he worked as a freelance artist where he worked for the San Diego Padres baseball team among other companies.

“Anything you could see I was responsible for,” he said. “All the packaging, all the corporate imaging.”

After retirement, he and his wife moved to northern California before settling in Fairmont.

Davison described himself as not having a definitive style or communicating a particular message, but his preferred medium is acrylics.

“Whatever I feel like doing that day, what I feel in color or my mood, I just have a lot of fun experimenting,” he said.

His goal for the exhibit is to get people to have fun and enjoy it.

Prior to living in California, Davison owned a studio and was doing freelance work in Denver.

The exhibit, featuring 16 of his paintings, is open through April 26. This Sunday the Art Center is having an open house from 1 to 3 p.m.