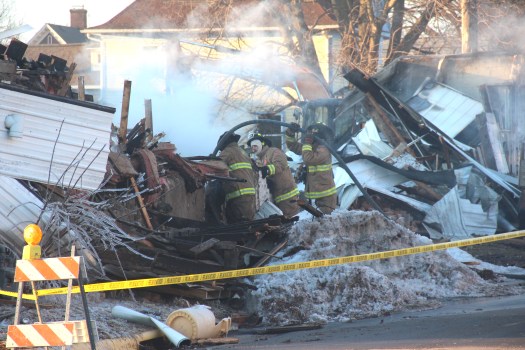 Firefighters work at the scene of a fire at 520 Central Ave. in Northwood Monday evening. Multiple fire departments responded to the blaze. Sarah Stultz/Albert Lea Tribune 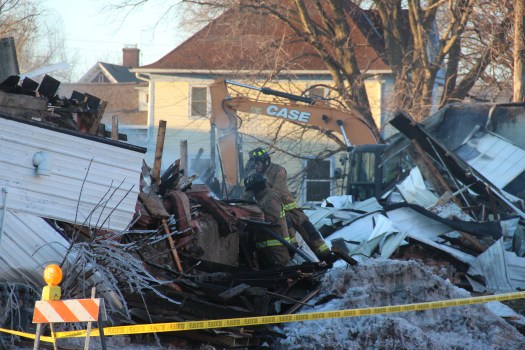 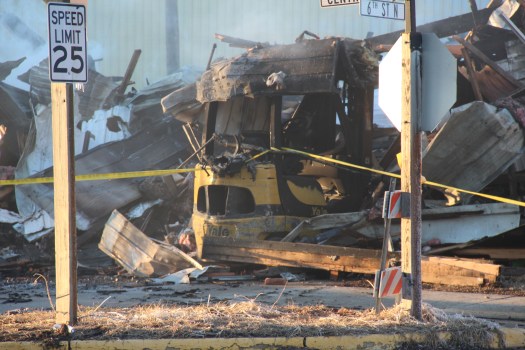 The charred structure and interior items remain after a fire Monday at the corner of Central Avenue and North Sixth Street. Sarah Stultz/Albert Lea Tribune 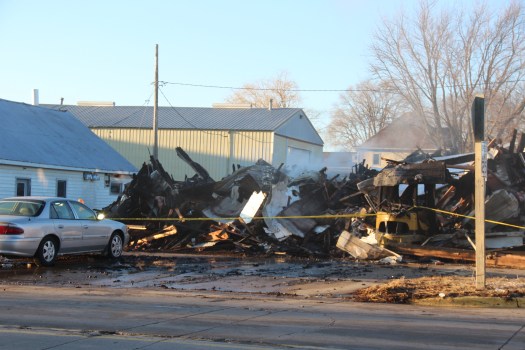 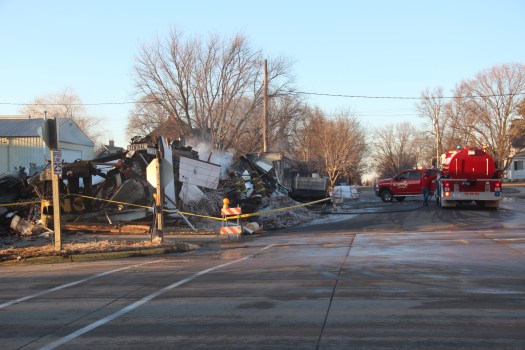 Multiple fire departments from northern Iowa and southern Minnesota responded to a fire Monday at 520 Central Ave. in Northwood.

The structure, which included some apartments, is a total loss.

Information has not yet been released about the cause or origin of the fire.

Nearby streets were closed to traffic for a few hours as firefighters battled the blaze.

Check back when more information is available.