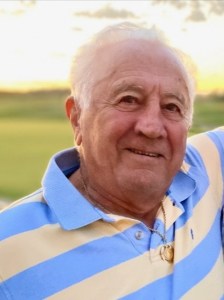 A memorial service will be held on Saturday April 9, 2022, at Valley Church, West Des Moines, IA at 11am. Pastor Litton Lundeer will officiate.

Paul John Richie was born on May 9, 1934, to Angelo and Philomena (Discolo) Richie in Hudson, WI. Paul was child number four of six and the only boy. The family moved to Mankato, MN where Paul attended school at Mankato High graduating in 1951. The year of graduation Paul enlisted in the United States Navy, proudly serving his country for four years that included active duty in the Korean War. Upon discharge from the Navy, Paul returned to Mankato and continued his military service in the Army Reserve until July of 1960. After Paul’s discharge he attended a dental school completing the course to become a dental lab technician. He obtained his first job in working at a lab in Mankato. On May 11, 1957, Paul married Jackie Martin and to this union three children were born. The family moved to Albert Lea, MN in 1973 when Paul had the opportunity to open his own dental lab. Paul and Jackie would then later divorce.

Paul was very active in the Albert Lea community as of member of many service organizations at clubs including the American Legion, VFW, Lions, and Elks Lodge. Paul enjoyed coaching sports and supporting youth activities. He was an avid outdoorsman enjoying hunting, fishing and golf. He loved a good card game, especially cribbage, with his buddies.

Later in life Paul married Carol Peters, and the couple made their home in Des Moines, IA. In their years together, Paul and Carol enjoyed traveling, fishing, nearly weekly dates at the movie theatre, cooking meals that often included making Paul’s “secret spaghetti sauce”, and spending time with friends. Above all family meant the world to Paul. His children, stepchildren, and all the grandchildren in his blended family made him so very proud.

Paul was preceded in death by his parents, daughter Nancy (Richie) Johnson; and sisters, Carmella Giersdorf and Marie Bridwell.