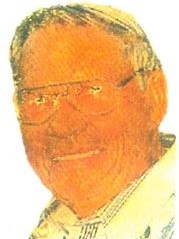 He attended country schools in Iowa and Minnesota. He graduated from Albert Lea High School in 1949. After graduation Glenn enlisted in the Air Force and was stationed in Guam. He was the navigator on a B-29 Bommer that flew missions over North Korea. Upon discharge from the Air Force, he moved to Minneapolis, MN with two of his buddies and it was here he met Eleonor Jacobson. They were married in 1955.

Shortly after they moved to San Francisco, CA and he began his career at United Airlines. He worked in engine maintenance and then advanced to management, retiring after working there for 31 years. In earlier years he enjoyed flying his friends’ small Cessna.

Glen was a loving husband, father, and grandfather and enjoyed spending time with this family. He has left us with happy memories of the times we spent together. We will miss him dearly. Correspondence may be sent to