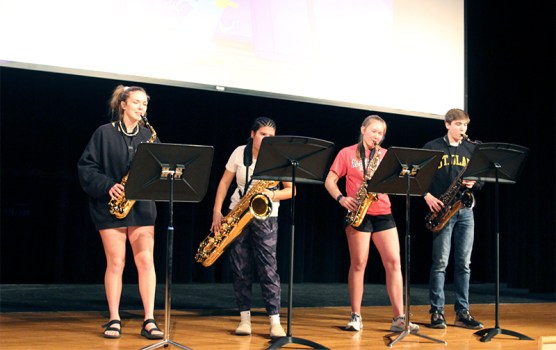 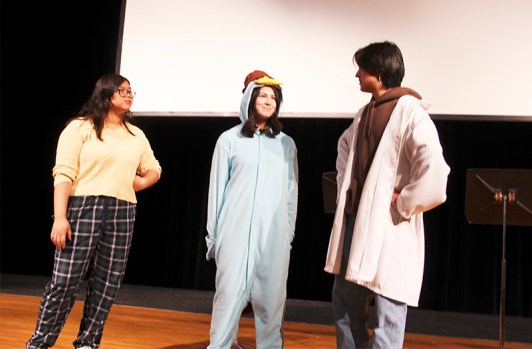 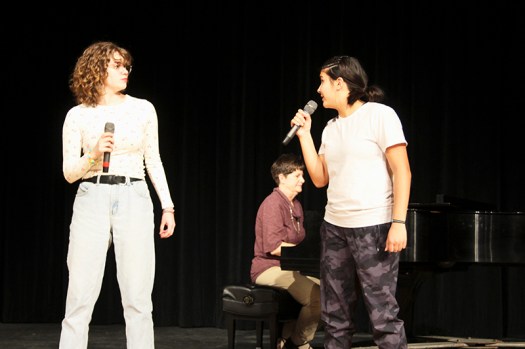 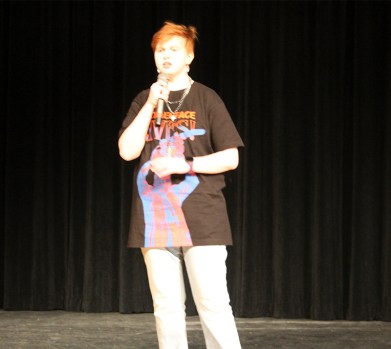 Tigers Roar, an over-80-years tradition, is back to being as close to normal as it can be after Albert Lea High School held a modified version of the event last year.

“It’s basically a talent show,” said Diane Heaney, vocal director at the high school. “Whoever shows up to audition, we have auditions and we put it together.”

Auditions for the event were in February.

Heaney said Tigers Roar used to be the only big school production in the spring.

This year’s show includes 17 acts (not including the show choir) and will feature singers, musicians, rap, poets and comedy. She said that was a typical number of acts.

“It’s a showcase of kids’ talent, and it’s a unique thing …” she said. “The musical is one thing we practice for months and months. Concerts are something else.

“It’s really what the kids come up with.”

Angel Hernandez, Arienna Abrego and Hsa Paw will emcee the event, and the jazz band will perform before the show. The chamber orchestra will perform as well as the CATaclysmic show choir.

Tigers Roar will be at 7 p.m. (with an intermission) Thursday through Saturday at the high school. Tickets are $6 per person and district passes will not be accepted. To purchase a ticket, visit the school’s website. You can also buy them at the doors. Doors open at 6:15 p.m.

All money raised will go toward the fine arts program, but for Heaney the show wasn’t all about making money.

“We want to put on something fun for the community,” she said. “A lot of people come to Roar and that’s the only thing they come to here at the high school because it’s such a long tradition.”

According to Heany, there was a shortened version of Tigers Roar last year in May, but not one in 2020.

This is Heaney’s 29th year with the district, and she has been directing the talent show on and off since she started.

In doing this, she wants members of the community to come together and see students perform without masks.

“They’re back to doing what they really love, and I think that’s the important thing,” she said.

Senior Abigail Chalmers will participate in a saxophone quartet, do a saxophone solo, perform with the chamber orchestra, play in the jazz band and accompany a friend who is singing by playing guitar.

“I’ve been in Tigers Roar every year since my eighth-grade year,” she said.

And she’s continued to participate because she felt the event was an opportunity to showcase her talents and passions with the community. Her years of participation have helped her to become a better performer and helped her build confidence in herself.

“Music has definitely been a big part of my life since I was a kid, so as I got to high school and as I was able to start participating in Tigers Roar, I’ve always played my saxophone. I played with the jazz band, I’ve played with the chamber orchestra, and music is definitely a passion of mine,” she said.

Fellow 12th-grader Katelyn Holt is performing for the second time. Before being on stage, she spent years behind the scenes in the tech booth, where she ran sound.

“It was fun to sort of control everything that was happening,” she said. “Especially with sound.”

But after coming to the conclusion she would only be a student for so long, she transitioned over to performing.

“I always wanted to be on the stage,” she said. “I guess I was just always too nervous to get myself on stage.”

Holt is in the jazz band and show choir, will sing a solo on the piano and perform a duet with Marissa Hanson.