Wayne Curtis Swanson, age 72 of Crystal, MN, passed away Wednesday, March 16 from Parkinson’s and Lewy Body Dementia. It was a long difficult journey that he battled with courage and grace. He was the oldest of three boys, born on November 11, 1949 to Curtis and Deloris (Christianson) in Albert Lea, MN. Wayne grew up with lots of love laughter. He graduated from Albert Lea High School in 1968. A year later, he enlisted in the U.S. Army and served 3 years, including one year in Sinop, Turkey where he worked in communications. In May 1980, Wayne married Carolyn Benrud in Zumbrota, MN. Then in May 1985, they became the proud parents of their only child, Matthew. 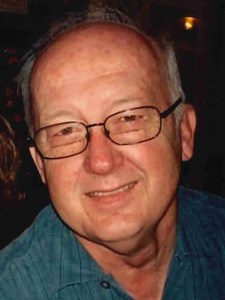 Wayne loved the Lord, loved people, and helping others. He would be the first one to welcome a new neighbor and was always willing to lend a helping hand to anyone in need. Wayne was a great handyman and was never without a roll of duct tape in case of emergencies. He also enjoyed researching his family tree. He especially enjoyed his work as a part of his high school class reunion committee, spending hours tracking his classmates. He loved helping people reconnect! Wayne also enjoyed traveling. While in the military, he had the opportunity to visit family in Norway which he thoroughly enjoyed. Over the years, Wayne, Carolyn, and Matt traveled throughout the United States on various vacations. For their 25th wedding anniversary, they went on the trip of a lifetime to Israel. Their last big trip was a cruise to the Panama Canal.

Wayne had plans to do so much more. He always spoke of serving others and traveling in retirement but was unable due to the quick onset of his illness. One of the biggest blessings of his final years was his precious granddaughters and the news of a grandson joining the family in May. He was hoping for more time to be “Grandpa S”.

Wayne was preceded in death by his parents. He is survived by his wife, Carolyn; son, Matthew (Stacey); and granddaughters, Elli and Naomi, of Glen Burnie, MD. Wayne is also survived by his brothers, John (Shirley) of Delano, MN and Roger (Brenda) of Albert Lea, MN; nieces and nephews; Aunt Betty; many cousins.

The family would like to express their sincere appreciation to Brookdale Hospice, Shema Home Care, Cornerstone Church, friends, family, and neighbors for their help, care and kindness in this journey.

In lieu of flowers, memorials are preferred to Cornerstone Church, Parkinson’s Foundation, Reign Ministries, or to an organization of your choice.