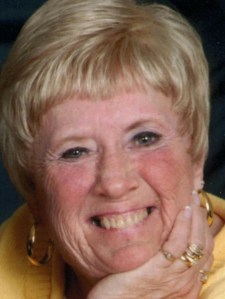 Wilma Schabacker was born on March 11, 1946, in Austin, MN, the daughter of the late Frederick and Marcella (Sprauge) Schabacker. She grew up in Austin, MN, and attended Austin High School. She was married to Dennis Peterson on March 27, 1965, in Austin, MN, and made their home in Owatonna, MN. Wilma worked as a daycare provider for over 40 years, retiring in 2013. Wilma was a free-spirited woman who always spoke her mind. She enjoyed going to the cabin on Gull Lake in Brainerd, MN, travelling around the US and the world, going on cruises, and cruising in her white Mustang convertible with her dog by her side. She was a devoted fan of Elvis Presley and would play his music for everyone to hear. She was also a longtime member of the Eagles and worked many of their pancake fundraisers.

In lieu of flowers memorials may be made to Good Shepherd Lutheran Church in Owatonna, MN.