With family history of caring for children, woman starts day care after she’s unable to find one for her own children 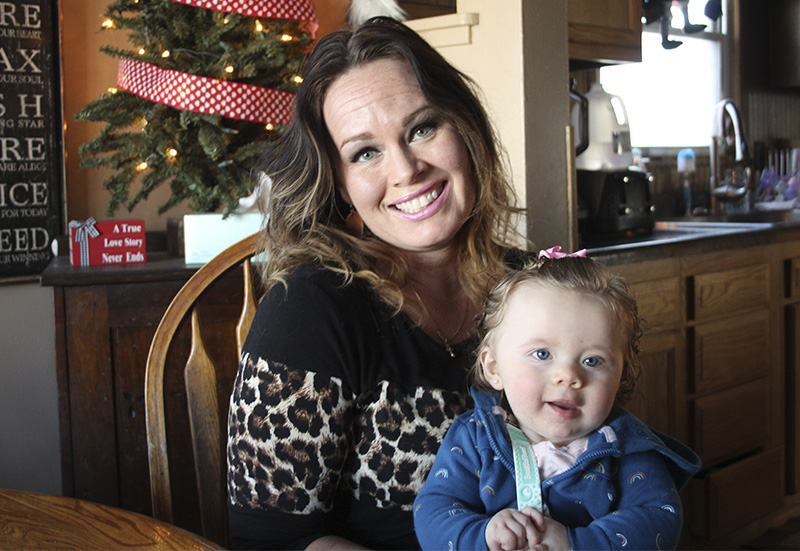 Jaclyn Flatten, owner of Jack in the Box Daycare sits at the table of her home with her daughter, Finley. Alex Guerrero/Albert Lea Tribune

Some people were born into their future professions. Such was the case for Jaclyn Flatten, owner of Jack In The Box Daycare.

“My mom started doing day care when I was around 5 years old,” she said. “I actually have a Bachelor of Science degree in social work.”

So it made sense for Flatten, with three young children by the time she graduated, to start one. Little did she know she’d be working with social workers.

“I could not find day care myself, and my mom told me, ‘Why don’t you maybe think about opening a day care temporarily?” she said. “And I did.”

She described running a day care center as being a backup parent with eyes in the back of her head. That makes sense considering she’s currently caring for 19 children in nine families, though she doesn’t manage all of them at the same time.

Some of the kids are drop-ins while others attend every other week.

She has one family from Connecticut and another from Illinois.

Typically there will be between six to nine children during the day.

Flatten also tries to incorporate quiet time with her charges, and likes to take them outside when the weather permits.

“Some of them will go back to sleep for a little while, and then we do breakfast,” she said. “I get the school kids off on the bus.”

Besides serving lunch, she’ll do potty-training with lots of diaper changes.

“Every child is so unique, so different from the next child,” she said.

During the pandemic, she’s lost one family but gained more older, school-aged children.

“My other families continued to work, and the school kids needed a place for day care,” she said.

Flatten’s business is at 510 E. Hawthorne St. Jack in the Box is not currently accepting new children.