Across the Pastor’s Desk: Christ can bring us to new life

Across the Pastor’s Desk by Ryan Quigley

Imagine the scene. You’re standing there with members of the community, comforting a family that just lost their brother to a terrible sickness. This teacher comes over, you see him consoling the sisters before being led to the tomb where the body lays. In shock you overhear him say the words, “remove the stone.” Slowly to everyone’s horror they remove the stone. The scent of decayed flesh fills the area. Once more you hear him as he yells out: “Lazarus, come forth.” How dare he call out the dead man — hasn’t this family been through enough? Suddenly, a stirring. You hear something from inside the tomb begin to move. All of the sudden, a clothed hand reaches from inside, pulling the rest of the body out from within the grave. Alive! Jesus, once more speaks to those around him, “Remove the grave clothes from him, and let him go.” 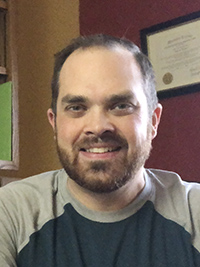 The amazing scene in John 11 is such an important account to the power of Jesus Christ. The resurrection of Lazarus from the dead really shows us the power of Christ to bring that which is lifeless and powerless to a new state in the fullness of life. The reality is apart from Christ we have no life. We can have a semblance of life, a form of it. But to really experience the life that God has for those he loves, we must have Jesus. The Bible tells us in 2 Corinthians 5:17 that in Christ Jesus we are a new creation, the old has gone, the new has come.

This idea that the old must go is an important one. I can’t have two natures waging a war within me. Should I be still operating out of the old, when Christ has brought me to life in the new? This was (and still is) a constant question throughout the church age. When Christ raised Lazarus from the grave, he says something to those around that made lots of sense, but something that can be glossed over easily. Jesus tells them “Remove the grave clothes.” Why? Why remove those things? The answer, while simple, is one with far reaching implications for everyone. Lazarus is no longer dead, his old state is past him, and now he can show a new way to everyone who hears him and listens to his testimony. Each person who looks upon Lazarus now sees a living man.

The idea of removing the grave clothes further emphasizes the new creation that he is. When we encounter Christ, this same resurrection power is made available to each person. Maybe you need that encounter with that resurrection power. Things have felt all but lifeless and you have no idea where to turn. In John 11, the family had called for Jesus to come and heal their brother before he died. Yet, what did Jesus do? He waited until Lazarus had died. Just because a situation or relationship seems lifeless, does not mean that it is beyond the timing and the power of God. When God shows up into your situation, trust in God, allow him to work his process! Finally, when it is all said and done, and new life is running through you, show it to the world around you, let the world see Christ in you. Because you never know, you just might be the key to someone else’s lifeless situation being turned around. This is why Christians should live differently to the world around us; because God so loved the world that he sent his only Son, that we might have life.