Cedar Valley Services, which has been around since 1960 and provides vocational training and day supports for over 500 people with disabilities, offers subcontract work for people at their center, located at 2205 Myers Road.

“We operate food services, we have a custodial service, we do commercial laundry,” said Richard Pavek, executive director of Cedar Valley Services. “We do a lot of different things here to provide a wide variety of work opportunities for individuals. 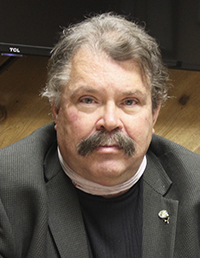 But last year was particularly impactful for most nonprofit organizations throughout Minnesota, and Cedar Valley Services was no exception.

“We never closed as an organization,” he said. “The staff came in and a lot of the staff performed some of the work that had been done by the persons with disabilities. We kind of did a place-holding situation for them so that when they were allowed to come back to work from the state, those positions were still available.”

But some people left, which left a lot of open positions. And those unfilled positions (21 as of Thursday) are preventing the company from bringing everybody — including those with disabilities — back.

“What we get reimbursed with from the state through the Disability Waiver Rate System just isn’t enough to cover,” he said. “The employment market is kind of wild right now. It’s very competitive and a lot of people have left the field to go to higher-paying jobs.”

But Cedar Valley Services, which serves just over 500 people with disabilities, is limited in what they can pay their staff based on the Disability Waiver Rate System, which is based on outdated information and doesn’t provide the company the ability to compete for workers.

Cedar Valley Services operates out of Austin, Albert Lea and Owatonna and has a waiting list of 34 people, though statewide 3,500 people are on a waiting list. Pavek said the waiting can have a devastating effect on those waiting who can’t work.

“This has a devastating effect on their health, their mental health just being at home for as long a period of time,” he said. “And many of the folks who haven’t come back are some of the highest-need individuals.”

And that means more staff to help them, something not available.

Besides work, Pavek said mental health declines for people with disabilities because there isn’t as much of a chance to socialize.

“It’s important to get up in the morning and go to your jobs and see your friends and do something with our day,” he said. “A lot of them are sitting at home.”

To address the situation, Pavek and his team are looking at ways to keep benefits attractive. They’re also working with legislation at the state level and have three bills lined up: Best Life Alliance (designed for long-term workforce sustainability that proposes adjusting the Disability Waiver Rate System to accommodate more current economic data), SF 2968/HF 3628 (legislation aimed at short-term immediate steps the state can take to stabilize the disability waiver services workforce and proposes time-limited benefits to staff) and SF 2773/HF 3157 (aimed at increasing access to employment exploration, a service that is the first step for Minnesotans with disabilities interested in exploring competitive community-based work and proposes aligning wage data used to formulate the rate of  that service with wage data for services that use similar staff types).

“There’s opportunities for the people that we serve everywhere,” he said. “Businesses are looking at it, and all we need to do is find enough staff to help support that.”

He’s hopeful the legislation can keep the organization level and even improve it.

By Pavek’s estimation there are 135 staff members currently, but said he wants at least 21 more to serve the 500-plus people being served. He called the situation critical.

“Our staff have a lot of responsibility and they work very hard and they care about their jobs,” he said.

He also said there was a waiting list of people who had never received services.

“The staff is what makes our organization successful,” he said.

Pavek encouraged people to contact area representatives, including but not limited to Sen. Gene Dornick and Rep. Patricia Mueller. He wants them to advocate for signing on to one of the bills.

“We’re gaining some momentum on doing it, but it’s going to take more contact and more education on people,” he said.