Charles Alden Balstad JR, 62, died Monday, April 18, 2022 at MCHS- Rochester. Charlie was able to give one final gift as a tissue donor. Funeral services will be held at 1pm Tuesday, April 26, 2022 at Hosanna Lutheran Church in Mankato. Visitation will be held from 5-8 Monday April 25 at Woodland Hills Funeral Home and will continue one hour prior to the service at the church. Interment will be held at Bethel Lutheran Cemetery near Winger, MN at a later date. woodlandhillsfh.com 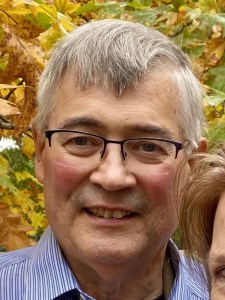 Charlie was born May 10, 1959 to Charles SR and Mitzi (Erickson) Balstad in Fosston, MN. He graduated from Fosston High School in 1977 and went on get receive a BS in Economics at NDSU in 1982 and an MBA from Mankato State in 1999. Charlie was united in marriage to Twyla Presser on June 11, 1983 at First Lutheran Church in Mandan, ND. He farmed with his father and brothers until 1984 then worked as a hog buyer in the Vernon Center area until 2016 when he was promoted to procurement data analyst in Austin. In his free time he enjoyed time at the Balstad cabin on Long Lost Lake, elk hunting, fishing, skiing, snowmobiling, snowshoeing, travelling, barbecuing pork, and spending time with his family in any form. Charlie was a member of Hosanna Lutheran Church.

Charlie is preceded in death by his maternal and paternal grandparents and his father, Charles SR. Aunts and uncles, Robert and Juanita Balstad, Robert and Margaret Hoyt, Marjorie and George Olsen, Marcia Gingles