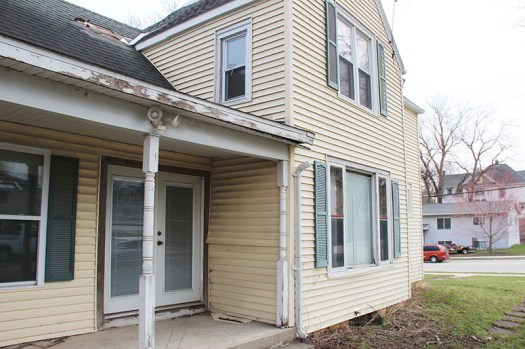 The city is starting out with three properties in the new program, including this house at 728 S. Newton Ave. Instead of paying costs to demolish the house, the city plans to use the money it would have spent on demolition to put in a new foundation and make a few other repairs before returning it to the private market and sell it to a developer to otherwise flip and put back in use. Sarah Stultz/Albert Lea Tribune 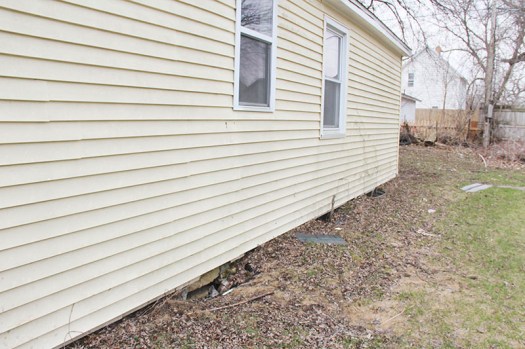 The house on Newton Avenue will be getting a new foundation. Sarah Stultz/Albert Lea Tribune 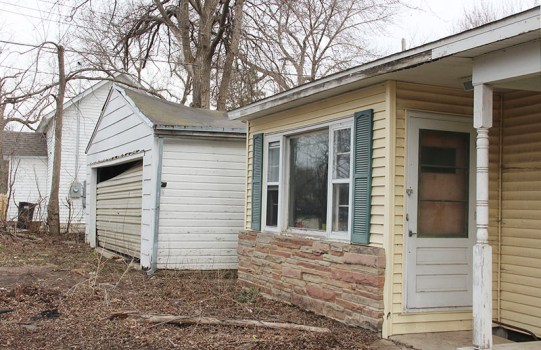 The garage witth the Newton Avenue house will be demolished because of its condition. Sarah Stultz/Albert Lea Tribune 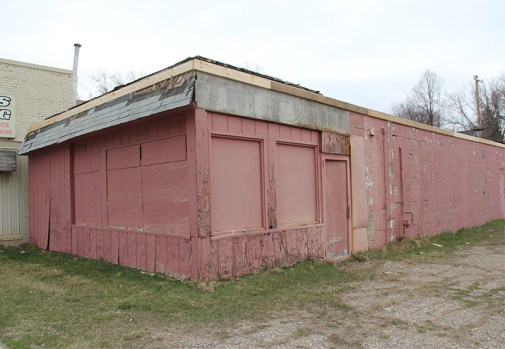 The city has made some structural repairs at 1039 S. Broadway and now seeks to return it to the private market. Sarah Stultz/Albert Lea Tribune 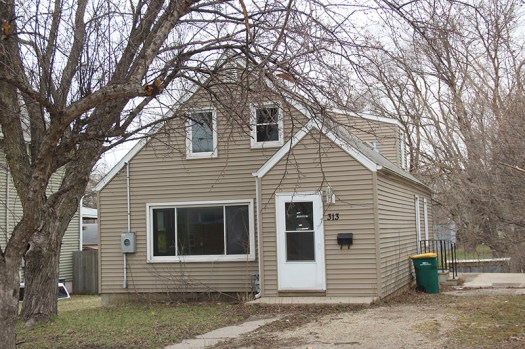 Instead of paying to demolish tax-forfeited buildings in disrepair, city to fix structural issues on some, put them back on the market

The city of Albert Lea has begun a pilot project of sorts in an attempt to save some of the tax-forfeited properties in disrepair from demolition and instead return them to the tax rolls.

The Albert Lea City Council in August 2021approved purchasing 14 tax-forfeited properties. While some of the properties had structures on them that were too far past rehabilitation and will be demolished, there were some properties that could be stabilized with rehab such as a new foundation or roof.

The city decided that instead of demolishing those structures,  it would rehab the buildings still worth saving — weighing the cost of rehabilitation with the cost of demolition — using the money it would have spent on demolition costs for the repairs. After the repairs are made, the city will turn the properties back over to the private market and sell them at fair market value. At that time, a developer could do further updates, such as painting, flooring, kitchen or other updates, and then sell or market the property for use.

The city opted to move forward with the rehab on three properties:

Work is already underway on the commercial building  on South Broadway, historically known as Duck’s Tap, which through the years has also been Domino’s Pizza and, more recently, storage for its owner.

City building official Wayne Sorensen said crews have worked on structural repairs of the roof, and next week a new roof will be installed, as well as gutters.

He said though the building may look as if it has fallen past repair, it is actually structurally sound, aside from the roof.

“It’s hard to look at it and think it’s going to be savable — but it is with the replacement cost of buildings now.”

For the house on Newton Avenue, the main repair is to build a new foundation. The foundation has several cracked areas — in one area, part of the basement has an opening several inches wide that leaves the house exposed to the elements and animals. One of the foundation walls is also on the fringe of caving in.

“We’re trying to get it stabilized to structural standards and then sell it to someone who will need to do cosmetic and items to make it habitable and get it back in use again,” he said.

The garage has a roof that is caving in, and that is past the point of saving, he said. It will come down when another house is being demolished a few streets over.

He estimated the city would put about $60,000 into that house.

The house on East Eighth Street will get two new basement walls.

Sorensen said he hoped the city could have its repairs done in the next three months, and then once complete, it can work to find developers interested in the properties. He said the city is not allowed to make a profit on the projects.

Depending on the success of the first three properties, it will continue with more properties.  The effort could help with the housing shortage in the city.

The next tax forfeiture list will be coming out soon, and city staff will take a close look at the houses on that list to see what might be good candidates, he said.

“Regardless of what people think, we’ve put a lot of thought and research into this,” Sorensen said.