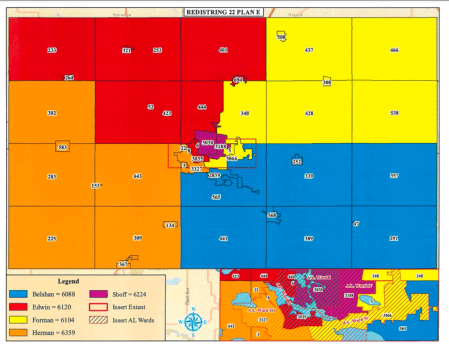 Plan E, which was approved by the board Tuesday. Provided 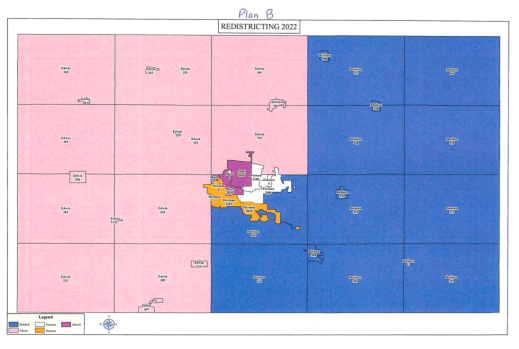 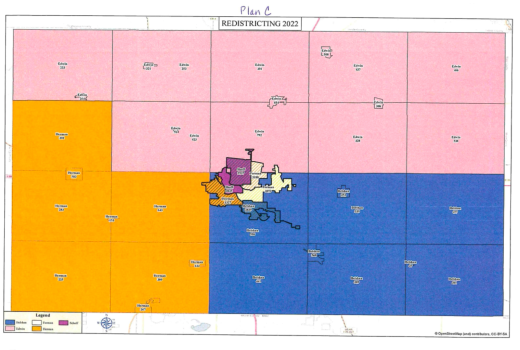 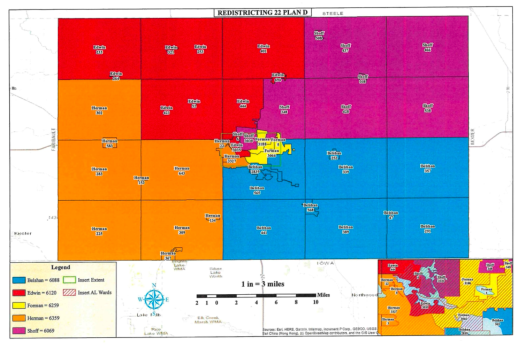 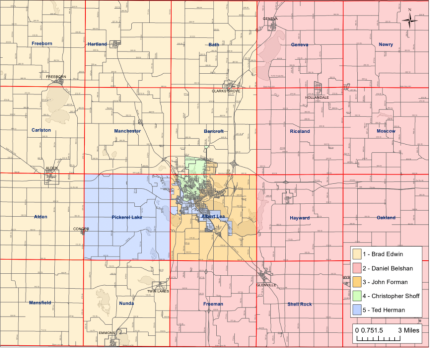 The current county commissioner districts will be replaced with Plan E, which was approved by the commissioners Tuesday. Provided

Redistricting is the process of redrawing the boundaries of election districts to ensure that the people of each district are equally represented. Local, state and federal government units consider redistricting for elected offices after the U.S. Census every 10 years.

The commissioners considered four options, all of which met statutory requirements, Freeborn County Auditor-Treasurer Pat Martinson said. They ultimately selected what was labeled as Plan E.

The plan gives four of the commissioners area both within Albert Lea and out in the county to represent, except for the 4th District commissioner, who will only cover area within the city.

Under the new boundaries, the following will be included in each district:

Plan D would have given each commissioner part of the city of Albert Lea and several township in the county, except for the 3rd District commissioner, who would only cover area within the city.

“Everyone that I’ve talked to has been in support of Plan E,” Edwin said. “I just feel that it does move us forward in a positive way for years to come.”

He thanked all of the people who reached out to him and for those in attendance.

Belshan, who motioned for the plan, also voiced his support and the people who attended the meeting.

“It’s good to see government work,” Belshan said. “You start out with something that is flawed, and we tweaked it and tweaked it. That’s the way it’s supposed to work.

All of the people who spoke at the public hearing on the matter also supported the same plan.

Mick Delger of rural Glenville questioned why a lot of people didn’t know the redistricting was taking place but said after reviewing the options he thought Plan E best fit the county.

Al Bakken of Albert Lea Township said he was in favor of Plan E because it allows the commissioners to share the workload in the county.

Bakken said some of the tile systems in the county are over 50 years old, and sometimes need huge repairs. He thought it was important the commissioners be able to come out and work on issues with residents and landowners.

Steve Ladlie of Geneva Township, who also has livestock in the Hayward area, said he thought it was important to have representation that was manageable for commissioners.

He said he also thought the plan would be more fair to all in the county and that it was important to remember this was a long-term plan.

The new districts will be effective May 17 for the 2022 regular primary and general election.