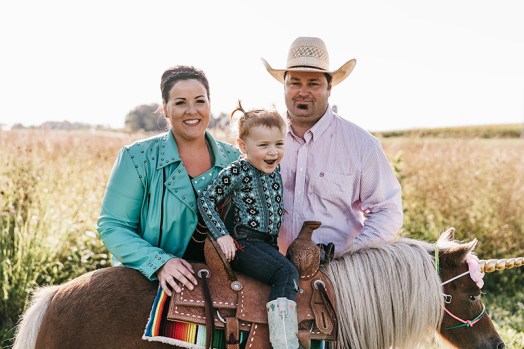 Anna and Jessie Ackelson with their daugher, Klara. Provided 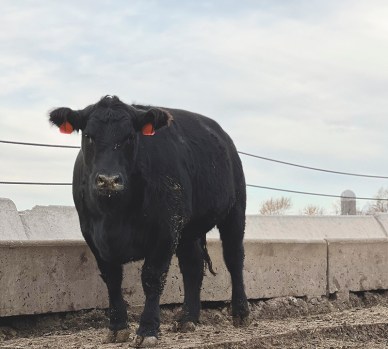 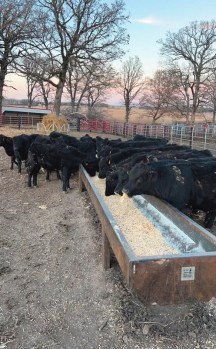 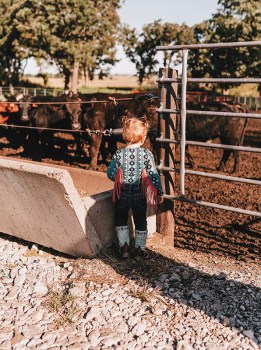 What started out as a hobby became so much more for Anna Ackelson, one of the owners of J&A Cattle Co., along with her husband, Jessie.

“We started feeding out beef eight years ago as a hobby at first,” Ackelson said. “We’ve been around livestock all of our lives.”

Jessie had grown up on a farm and hauled livestock for years, while Anna’s dad enjoyed feeding out cattle. In fact, four generation’s of Anna’s family has done business with Conger Meat Market, which is where they process beef.

“For us we’re just naturally outdoor people that enjoy providing something for the community that some can’t,” she said.

And then three years ago they decided to turn it into a business.

“We have known a lot of people in the beef industry around here,” she said. “And [Jessie’s] from southern Iowa in beef, cattle country. It was kind of our life and part of our nature being part of the rodeo world.”

So now the two raise hormone- and antibiotic-free beef cattle, a process that takes roughly 14 months.

But following the onset of COVID-19, the company grew as customers wanted more local products.

“I have seen in the last three years that our local area has really started to support local farmers instead of just buying from the grocery store, which has been very nice,” she said.

The process of running a farm has taught her there was never an easy way out when it came to raising cattle.

“There’s always more work to do,” she said.

According to Ackelson, people didn’t necessarily know the process and work it takes to raise cattle or feed them out.

“Then they’re really surprised that our price-point is what it is,” she said.

Ackelson said a typical day starts at 3:30 a.m., when Jessie gets up to feed cattle from two different lots.

“We have to have a variety of sizes standing around at all times,” she said. “That also means different feed rations.”

And while Anna is getting their daughter ready for day care and then working at a salon, Jessie works as a truck driver.

“Throughout the day I’m messaging people, talking to people … [and] answering questions about beef,” she said.

In the evening, it’s time to feed the cattle again.

But for her, the longer hours are worth it.

“Seeing our daughter out enjoying learning how to work hard for what you earn, and it does pay off in the end,” she said.

J&A Cattle Co. is just outside of Emmons, and you can order from their website (https://www.ja-cattlecompany.com) or on their Facebook page. You can also call them directly at 507-402-0319 to arrange order and pick-up.

Currently J&A Cattle Co. does monthly beef subscriptions, which provide discounts off retail prices in smaller bundles. They also started shipping beef, with a goal of selling in all 48 of the contiguous states by the end of the summer.

“We also do weekly beef bundles, so it’s just a little bit more of a discount,” she said.

J&A Cattle Co. is currently 14 acres big, though Anna said the company is buying another piece of land in Joice. The hope is to buy younger calves and feed them on grass earlier to transition them to corn and hay.