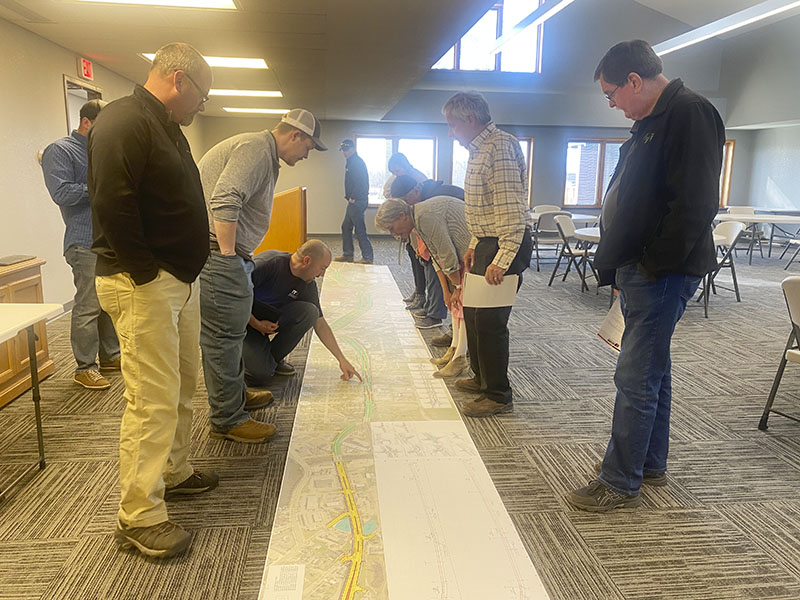 Albert Lea’s construction season is about to kick off with the start of work on East Main Street at the end of April.

At the same time, crews will begin work to reconstruct and raise the roadway on East Main Street from Newton Avenue to the Shell Rock River bridge.

Chris Harber, project manager with Ulland Brothers, who has been contracted for the project, said during an open house Monday afternoon that the road from Newton to the bridge will be closed to motorists during that portion, and traffic will be detoured to East Front Street. 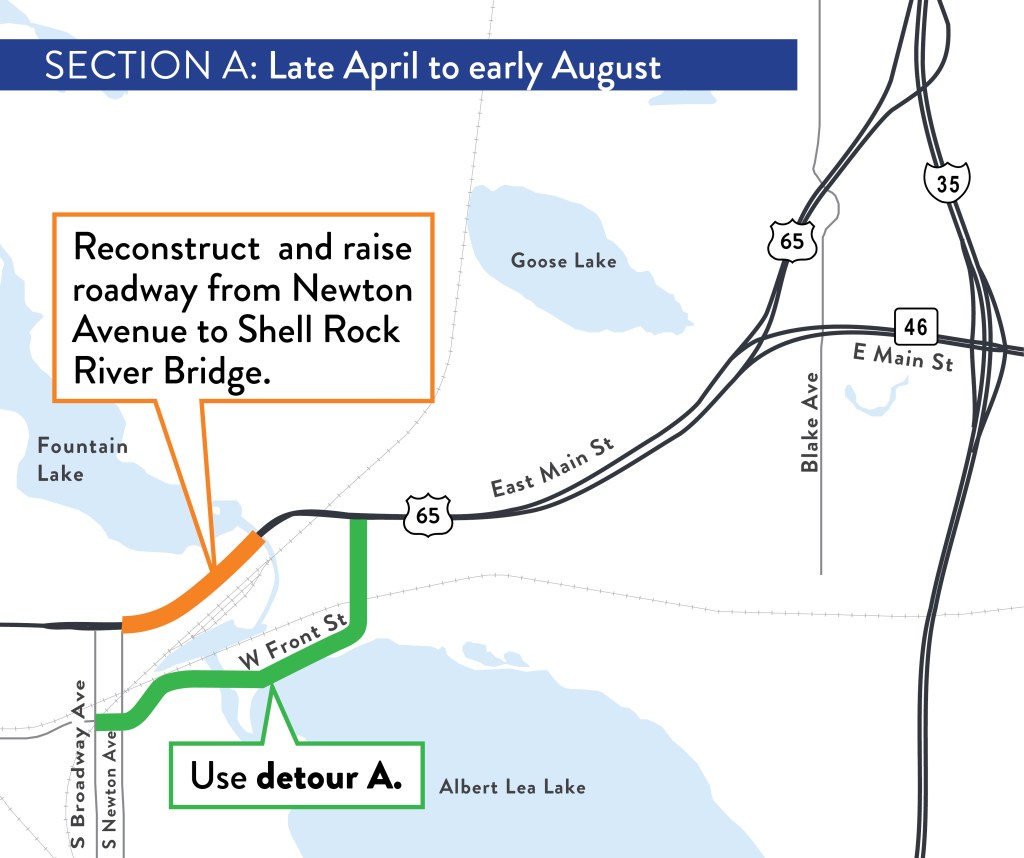 Work on East Main Street from Newton Avenue to the Shell Rock River bridge is expected to take place starting late April through the end of July. Image courtesy Minnesota Department of Transportation.

People still seeking to get to the businesses or homes nearby should do so through alternative entrances, he said.

Work on that stretch is expected to continue through the end of July.

He said when the road is reconstructed, it will be raised two feet in the lowest lying areas to counter flooding, along with increasing storm sewer intake capacity to better drain the roadway. Backflow prevention will also be installed to limit adjacent flooding areas from adversely impacting the roadway, and sediment ponds will be installed to take some of the extra water during rain events, including one on the former Godfather’s Pizza site.

Once that stretch is complete, Main Street, from the Shell Rock River bridge to Sorenson Road, will have a mill and overlay done. Some of the most notable changes will take place at the intersections further east, where crews will install reduced conflict intersections, which have been shown to reduce the number of fatal crashes and crashes with severe injuries.

A shared user path will also be installed starting at Garfield Avenue and running east.

Miller said when work is being done for the mill and overlay, there will be one lane of traffic open in each direction for motorists.

“It’s not going to be convenient, but it’s still going to be passable,” he said. Crews will work on both center lanes of traffic and the medians at the same time, and then switch to working on both right lanes.

Harber estimated Ulland will have 10 to 15 people working on the project almost all the time from their company, as well as others from several subcontractors.

“There will be quite a few people working,” he said. “Be aware. Don’t be on your cell phones — we want to bring our people home, too.”

“Be patient with us because there’s going to be a lot of stuff going on, a lot of people on the road and equipment and new stuff, and then when we’re done, some of these intersections are going to be different than what people are used to,”  Miller said. “There’s been a lot of planning ahead of the project to decide on how some of those things are getting removed or changed or whatever, so there’s facts behind it.”

The men encouraged residents to sign up for updates about the project.

“Hopefully with the resources that are available on MnDOT’s website, as well as the city plans to post some things, too, people will be able to be aware of what’s coming,” Harber said.