‘It has become so much of my life’: Man finds purpose in volunteering in the jail 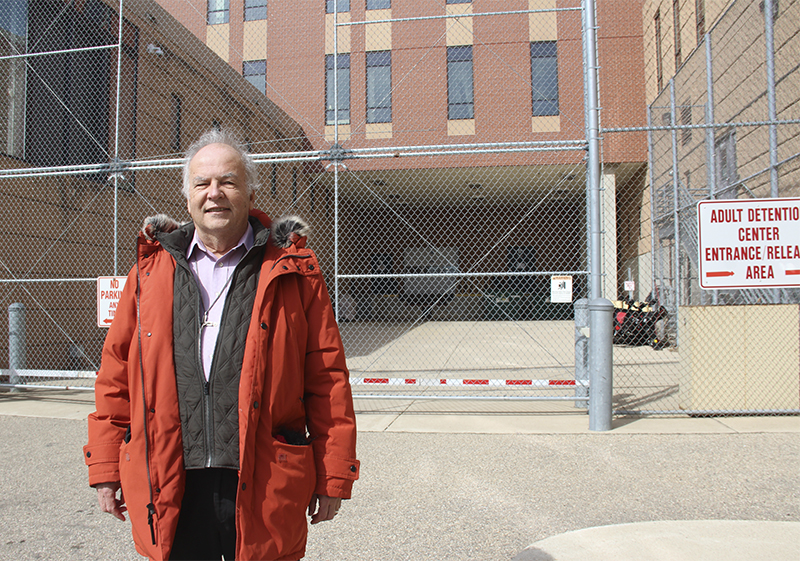 Leon Axtman has volunteered in jails in both Ramsey and Freeborn counties, providing a ministry of sorts to inmates. Sarah Stultz/Albert Lea Tribune

One Albert Lea man is doing his part to give back in the community by offering a ministry to a group he says contains some of the world’s most vulnerable people.

Axtman, who up until recently was the business administrator at St. Theodore Catholic Church, said he actually started his volunteer jail ministry in 2000 in Ramsey County after talking with a priest he knew who was the Ramsey County chaplain. From the short discussion they had about his service in the jail, he said he was interested in what the priest did and decided he wanted to learn more and assist him in his services.

He assisted the priest in setting up and taking down for the services, and eventually that grew to him having his own services and one-on-one ministry with the inmates there. He said he did that until 2016, at which time  the program changed, and he also started teaching employment skills.

Axtman said he started out in what is known as the Ramsey County Workhouse, which is a correctional facility that houses offenders for a short term of a year or less. He noted they had 200 to 400 men there, depending on the time period. He has also worked with people at the St. Paul jail, who are in for longer terms.

He said he learned early on to talk about the issues the inmates want to talk about, instead of trying to divert the conversation away from those topics.

“If they mention there are three or four things troubling them, you’re going to go to all of the issues they brought up,” he said.

He is trained in motivational interviewing and hopes he can motivate them to choose the right paths. In many instances the people “do a lot of circles,” until they can develop their own plan to move forward.

A lay minister, Axtman said he came to Albert Lea in 2020 after he remarried and wanted to continue the service he had started in Ramsey County.

At the Freeborn County jail, he offered one night a week conducting a prayer service or communion service, with typically seven to 10 people in attendance, and then another night every week, he sat down with people one on one.

“There’s a large number of people who just really aren’t too sure about God, what that entails, what religion means,” he said. “Probably the biggest thing we deal with is they can’t forgive themselves.”

He said helping these people forgive themselves for things they have done can help them avoid drug use and other behavior that might set them back and prevent them from moving forward.

“I’ve always worked on up to this day of being a good listener,” he said. “I would show up and I would ask a few questions and they would talk.”

Axtman said he hopes his service can relieve some of the tension in the jail — by giving someone for the inmates to talk to, they may not be as upset or angry toward others around them. Many are frustrated with the slow nature of the judicial process.

“I’m giving back to some of the most vulnerable people in the world — someone who needs help at this point in their life,” Axtman said. “I guess I do it because I can — that’s what I get out of it. It has become so much of my life, I do it naturally.

“It’s not something that anybody would think about doing, but it’s very needed in the system.”