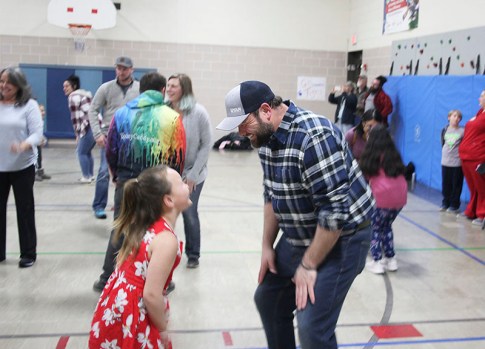 Matt Humphrey and his daughter Marilynn were at Lakeview Elementary School Tuesday night, where Marilynn taught her dad some dances she learned in class. Alex Guerrero/Albert Lea Tribune 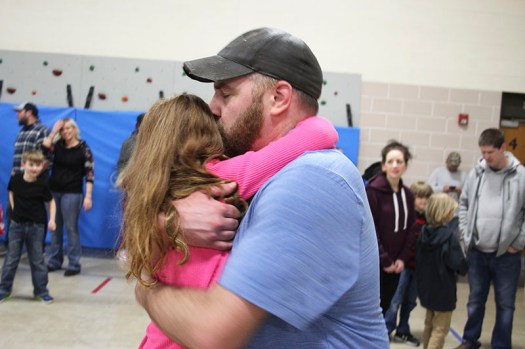 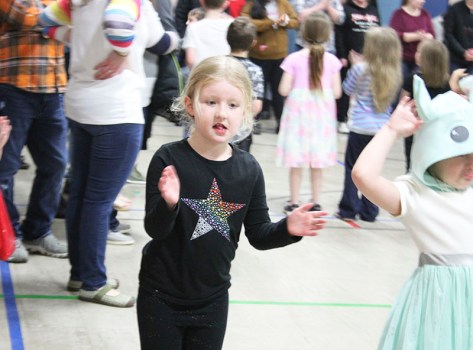 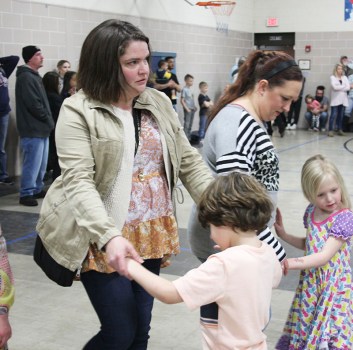 Lachlan Turner wouldn't stop telling Laura Davis about the dance after he first heard about it. Alex Guerrero/Albert Lea Tribune 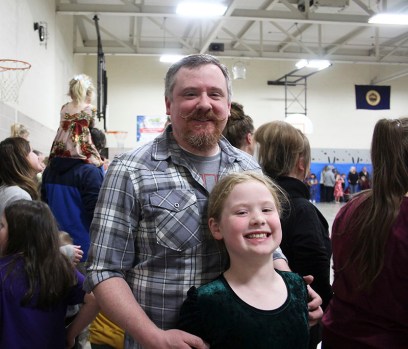 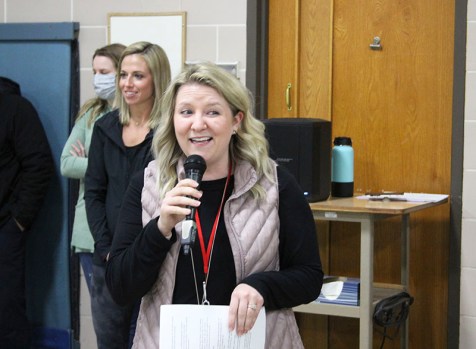 If you thought your brain was playing tricks on you after hearing “Cupid Shuffle” coming from Lakeview Elementary School Tuesday night, you weren’t imagining it. It was one of the songs playing inside the gymnasium during Family Folk Dance Night.

According to Brooke Torkelson, music specialist at the school and one of the people in charge of Family Folk Dance Night, the event started the same time she did: 2018.

“Our students have been learning these folk dances for several weeks, so they will then help teach their family members,” she said.

According to Torkelson, folk dances are part of a tradition or custom of a particular group of people and stand the test of time.

Some of the dances family members participated in included the “Cupid Shuffle” and the chicken dance, but they also saw traditional two-person dances.

There were two separate times for the event, one at 6 p.m. for kindergarten to second grade, and the other at 6:45 p.m. for third through fifth grades. Any family members of a student who attends Lakeview Elementary were invited to attend. Cookies and water were also provided for the students and parents who packed the gym. Make no mistake, the event wasn’t a recital.

“It’s an interactive event,” she said.

By inviting family members, her goal was to bring the community closer together.

“There are a lot of musical and physical benefits from dancing,” she said. “For example, folk dancing is a great way for students to demonstrate their steady beats competence. It also builds really important social skills, such as positive peer interactions, like being a respectful partner. And of course it’s fun for the students.”

Matt Humphrey, who was surprised by the large turnout, was there for the first time after his daughter, Marilynn, asked him to attend.

“She was excited to have me come with and dance with her,” he said.

Marilynn, a first grader, said she practiced the dances for a week in class and invited her dad “because he’s a good dancer.”

Adam Burt was there with his daughter Daisy May, a kindergartener. For Burt, attending was a no-brain decision.

Despite being anxious about dancing around people, he admitted it was fun.

Similar to Humphrey and Burt, Jordan Winter was there with his daughter Signe, who had been practicing dances for one week.

“We wanted to try something new and participate in the school,” he said. “It’s been fun. A lot of people, but a lot of fun.”

Laura Davis was there with her son Lachlan Turner, a kindergartner.

For Davis, the event offered the opportunity to get involved with the school and see friends she didn’t normally see.

This was not her first time either.

“I have a seventh grader who went to Lakeview as well, so a number of years ago we came to the Family Folk Dance and we really enjoyed it then as well.”