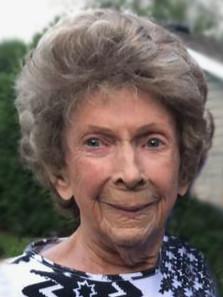 Born on January 14, 1928 in Albert Lea, Minnesota, Lola was the daughter of Clarence and Ruby (Johnson) Ryan. She graduated from Albert Lea High School in 1946. Lola married Gordon “Gordy” Blake on July 6, 1947. She worked as the secretary of Albert Lea Auto Salvage for 34 years before retiring in 1988. They also owned the Village Bowl and the Playmate Lounge in Waseca from 1976-1982. Lola and Gordy spent many winters in Arizona before moving to Sun City West in 1990. After Gordy’s death, Lola moved to Waseca to be closer to her family. She enjoyed sports, bowling and especially golf. She was a former member of the United Methodist Church in Albert Lea.

Graveside services will be at Hillcrest Cemetery in Albert Lea at 12:00 PM on Sunday, May 15, 2022. A celebration of Lola’s life will follow at The Willows in New Richland from 1-3 PM.