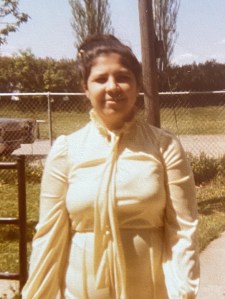 Lupe Salcedo passed to her heavenly home on March 12th 2022.

Lupe was born on January 29th, 1949 in Worland, Wyoming. She lived most of her life in Maple Island-Albert Lea area. She graduated from Albert Lea High School in 1969. She met Ventura Salcedo a few years later, and they married in 1977. They were members of the United Pentecostal Church. She loved teaching Sunday School and impacted many of her students lives. She taught Sunday School for 42 years

She hated the Minnesota cold winters that they moved to Texas in 1994 and lived there until her passing.

She was a loving mom, grandmother, wife, and friend.

She was preceded in death by her husband, Ventura Salcedo, her parents Phyllis and Teleforo Chavez, her brother Albert Chavez, and her sister Margaret Valencia.

Celebration of Life Service will be held April 23rd at 1:00pm at Abundant Life Church.