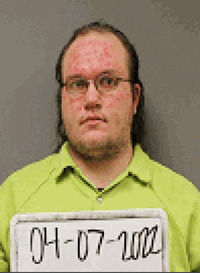 A Myrtle man is facing charges of alleged criminal sexual conduct with a boy under 13 on multiple occasions in 2016.

Elijah Thomas Berryman, 24, faces four counts of first-degree criminal sexual conduct. All of the counts involve a victim under 13 while the defendant was more than 36 months older.

According to court documents, the victim stated the assaults occurred when Berryman was 18.

In an interview with authorities, Berryman reportedly admitted to sexual touching and other conduct with the boy but claimed he was 16 or 17 when the activity took place. He estimated there were 12 separate incidents.

Freeborn County District Court Judge Ross Leuning on Friday set Berryman’s conditional bail at $200,000. If he posts bail, he is to have no contact with the victim or any people under age 18, along with a series of other conditions. Unconditional bail was set at $400,000.

His next hearing is slated for April 28.