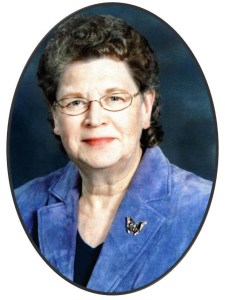 A memorial service will be held at 2:00 PM on Saturday, May 14, 20222 at Holy Trinity Lutheran Church in Blackduck, Minnesota with Rev. James Sorenson officiating. Visitation will be held for one hour prior to the service at the church. Interment will be in Lakeview Cemetery in Blackduck.

Rae was born September 25, 1943 to “Kelly” Harold A. and Margueritte L. (Hass) Holland in Albert Lea, MN, Freeborn County. Rae spent 16 years on a farm in rural Hartland, MN. She attended elementary school in Hartland and graduated from New Richland High School on June 2, 1961. She moved to Blackduck following graduation to help her parents run White Birch Resort on Blackduck Lake. She went to work at the Blackduck Bakery in the fall of 1961 until her marriage to Edward Michalko on October 28, 1961 at Holy Trinity Lutheran Church of Blackduck. She did child daycare in 1962-63 and worked at the Blackduck Dental Clinic from 1963-64. Eddie and Rae bought the Bemidji Roller Rink in January of 1964 and operated it until 1977. Their son “Sam” James Edward Michalko was born on May 24, 1964. Rae worked at the Blackduck Bowling Alley in 1966. In 1968, Eddie and Rae started Eddie’s Repair and ran it until 1991, when Eddie retired. Rae worked as a substitute mail carried from 1969-71, and at the Coast-to-Coast Store in Blackduck in 1975. She worked at Hartz Store (which later became Keith’s Super Valu) from 1992-1998. In August of 1997, she went to work for the Cease Family Funeral Home in Blackduck and retired on May 1, 2009. She enjoyed crocheting, knitting, baking, and spending time with her “Grand” children and Godchildren.

Messages of condolence may be sent to ceasefuneralhome.com