Terry Klein and the DC Drifters will perform a Ricky Nelson tribute concert next Saturday at the Marion Ross Performing Arts Center.

Eric Hilliard Nelson, known professionally as Ricky Nelson, was a musician, songwriter and actor who starred with his family on “The Adventures of Ozzie and Harriet,” before embarking on a solo music career.

Klein, who will sing the lead in the concert, grew up in a musical family. His father and five uncles played country music together. 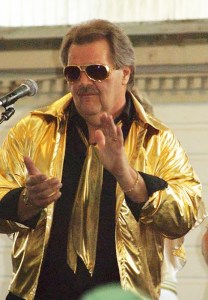 “I followed in his footsteps,” he said. “… I started out singing country and it went into rock ’n’ roll … and from there just continued on.”

Klein formed his first band at 15, and he was with a national touring act until 1986, but has been working either in groups or as a solo act since.

Growing up, he would watch the “Ozzie and Harriet” show, though he admitted he wasn’t a huge fan of it.

“That’s where his musical career really started was in that show,” he said.

Klein first got interested in Nelson after gauging what his audiences liked and seeing people get excited for covers of their favorite artists.

“You start diving into it and figure, ‘Boy, this guy or this gal has a ton of hits out there, a lot of music,’” he said.

Klein described Nelson as a great artist and the music at the time as good, but that the following of musicians can grow as they get older.

“He had a lot more terrific songs than a lot of people realize,” he said.

The DC Drifters, who Klein first worked with when he was a member of Dee Jay and the Runaways, will accompany Klein.

Dennis Charnecki, a member of the DC Drifters, first experienced live music as a child and watched his father and uncle play guitar.

Charnecki performed in a band in middle school, and that band grew and started traveling. 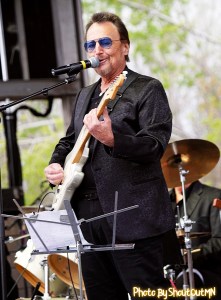 The DC Drifters will accompany Klein during the Ricky Nelson tribute show. Provided

“Music turned into my full-time job,” he said.

Charnecki described the band as mainly playing music from the ’50s and ’60s, and said there would be four members backing Klein, acting in the place of Nelson’s band.

Doug Bathke will narrate the show, which starts with Nelson’s time on the “Ozzie and Harriet” show all the way through his life.

“He does a wonderful job narrating and telling people about what happened when this song was put out and what that song was about and those kinds of things,” Klein said. “Just some real good tidbits of Ricky Nelson and his life and what he had done in his career.”

“‘Waitin’ in School’ is kind of a strange song,” he said. “We first started doing it and we thought Ricky Nelson was doing rap before rap was popular because … it talks about a guy who’s waiting in school all day so he can go home and go down to the drugstore, get his girlfriend and then get out on the floor and dance.”

Klein hopes the audience has a good time and that hearing Nelson’s music can help them remember other artists from the time.

Klein and Charnecki first teamed up three years ago for a Nelson show, and because of the distance between and other engagements they have done a handful of shows since. Klein said the last time they did this was a year ago.

The show will be at 7:30 p.m. next Saturday at the Marion Ross Performing Art Center.