Secretary of state speaks about strength of state’s election system 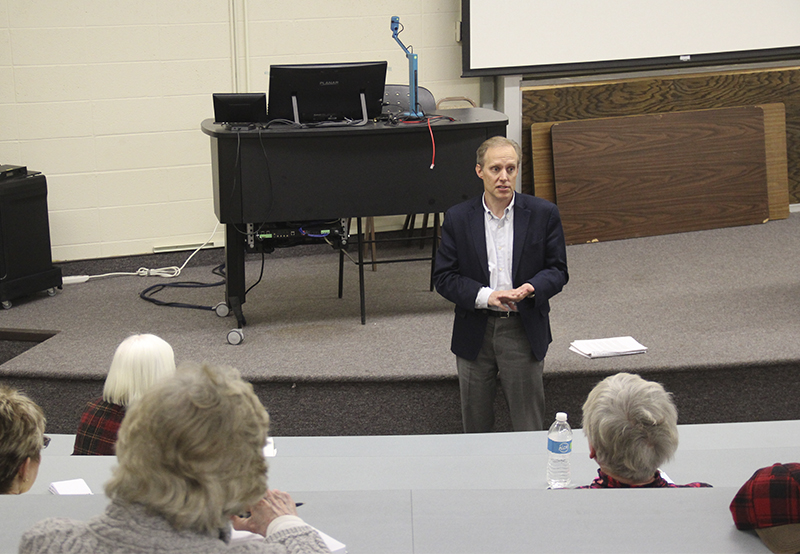 Simon, who served in the Minnesota House of Representatives for 10 years before being elected as secretary of state, said he was optimistic about democracy in Minnesota because of the state’s election system in the 2020 election.

“This system is built to withstand a lot and it has,” he said, noting that even with all of the unknowns and anxiety surrounding the COVID-19 pandemic at the time, the state’s election system proved a success.

“It was a stress test, and I think we passed the test with flying colors,” he said.

He said Minnesota’s election system already had many things in place that assisted in making the election a smooth process.

In the first few months of the pandemic, Simon said he and his staff questioned if they would be able to get the 30,000 judges needed to run an election who would want to interact with people in the community. At that time the COVID vaccinations had not yet been approved.

His office hosted nine statewide meetings about this over Zoom, including how to recruit new judges, particularly younger ones who have been less at risk.

They were also worried there may be conflict or violence at the polling places, but because of Minnesota laws already in place, the state was able to overcome that. State law says each party can only send one person to be their eyes and ears at polling places and also outlines who can and cannot be at a polling location.

Simon said he and his staff were also worried about the voters and if they would turn away or continue to come out in strong numbers. His office decided to emphasize no-excuse absentee voting, which had actually been passed his last term in the Legislature.

He predicts those numbers will not be as high this year but still estimated between 30 and 40% of voters would do so via absentee ballot.

“That was a real escape hatch for a lot of folks,” Simon said.

They also made sure all of the polling places had personal protective equipment for people.

He said for the third time in a row, Minnesota was No. 1 across the country in voter turnout with 79.96%. Turnout was up in both red and blue areas, and sometimes that increased turnout benefited Republicans, while other times it benefited Democrats.

He said despite the success in the election from an administrative viewpoint, there are still challenges moving forward, including disinformation about the election system. He gave an example of how in Minnesota prior to that election, there had been a state law in place that allowed election officials to start processing absentee ballots seven days ahead of Election Day. In anticipation of a surge in absentee voting in the 2020 election, they requested 14 days from the Legislature and this was approved.

In some states, such as Pennsylvania, however, their law said they couldn’t start processing absentee ballots until the polls closed, and legislators did not approve an earlier start time. Those election officials were counting ballots into the next day and beyond, he said. Then when people saw the ballot numbers continue to rise even a few days after the election, some called that a “dump” of votes.

He said he thinks disinformation about elections can be overcome by addressing that disinformation and providing more information to people. He said the facts in Minnesota show the election was fundamentally secure.

Though some people have questioned election equipment, he noted in Minnesota there is a public accuracy test in which cities, counties and townships must open up to the public to come in and look at the election equipment and make sure it is working properly.

In addition, Minnesota has a vigorous audit system in place.

He said people in Minnesota would not vote at such high levels unless they believed the system was trustworthy.

Regarding the issue of giving felons the right to vote, Simon said Minnesota presently gives people their right to vote back after they complete their entire sentence. He would be in favor of allowing people to vote again once they are released from their prison, and said he thinks it seems fair that if someone has been declared safe to live in society again that they be allowed to vote.

He said as of now, he would oppose the idea of online voting as he does not think it is yet safe and secure.

Simon said there are about 100 people who work in the Secretary of State’s office, but the biggest part of his job is actually with things such as business registrations, not elections. Elections are second.